Regarding Montezuma’s Revenge – it did continue through the rest of the trip, but was fairly mild (no fever). It finally subsided 6 days after arriving home, lasting nearly two weeks, Update: apparently I’m confused. e.coli can cause dysentery – a generic term. I read something that implied it was its own thing.. whatever 🙂 Anyway, I did the final trip from Creel to the US border in one day, taking small remote roads all the way up. That reminds me, you can see the exact route I took, here: http://www.findmespot.com/spotadventures/index.php/view_adventure?tripid=323331 And download the gpx file: here.

Here is a preview  🙂 As you can see, I didn’t take the most direct route home, when I entered the US. But I’m getting way ahead of myself.

What I wanted to start off saying, was, “I’m sure going to miss these signs:” 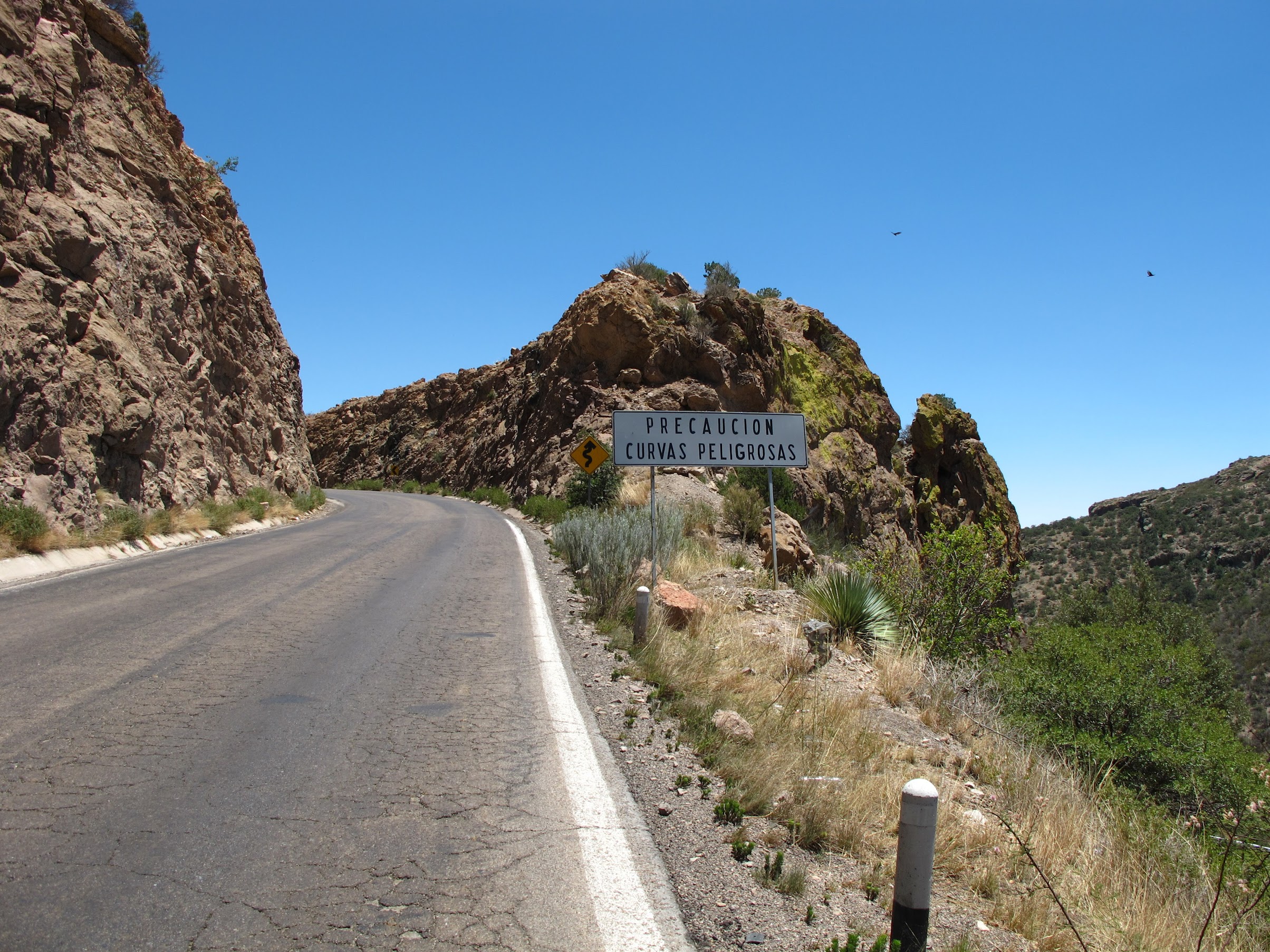 I re-entered via Douglas, AZ after negotiating the confusing roads to the US border. It was damn hot, 106˚ in that area. Apparently, I didn’t get enough heat though. I buzzed up to Tuscon and stayed the night at a hotel.

It was there, I opened my top case and found an empty water bottle next to my laptop bag. I thought “WTF, I thought this was full… ohshit.” The thin walled recycled plastic water bottle had cracked on the bottom, emptying the contents of the bottle into my case. At first, I thought I was safe, and that a paperback book soaked up all the water, sparing my laptop. Sure enough, the laptop felt dry. I turned it on, and it worked! For 15 minutes, anyway. Then was a faint “pop” and the smell of burning electronics, as it turned itself off. I called the SF Apple store and made an appointment for Sunday, as I’d be home by Saturday. (fast-forward: they replaced the motherboard and I/O board, and it’s back to normal now 🙂

Anyway, having acclimated myself thoroughly to desert conditions, I decided I may as well take the scenic route home. I headed North to Flagstaff and the Grand Canyon the next day.

At the main visitor center, there was a tasty looking cow elk grazing near the parking lot. I was apparently the only person to notice, as everyone else was just driving by focused on getting to the canyon. 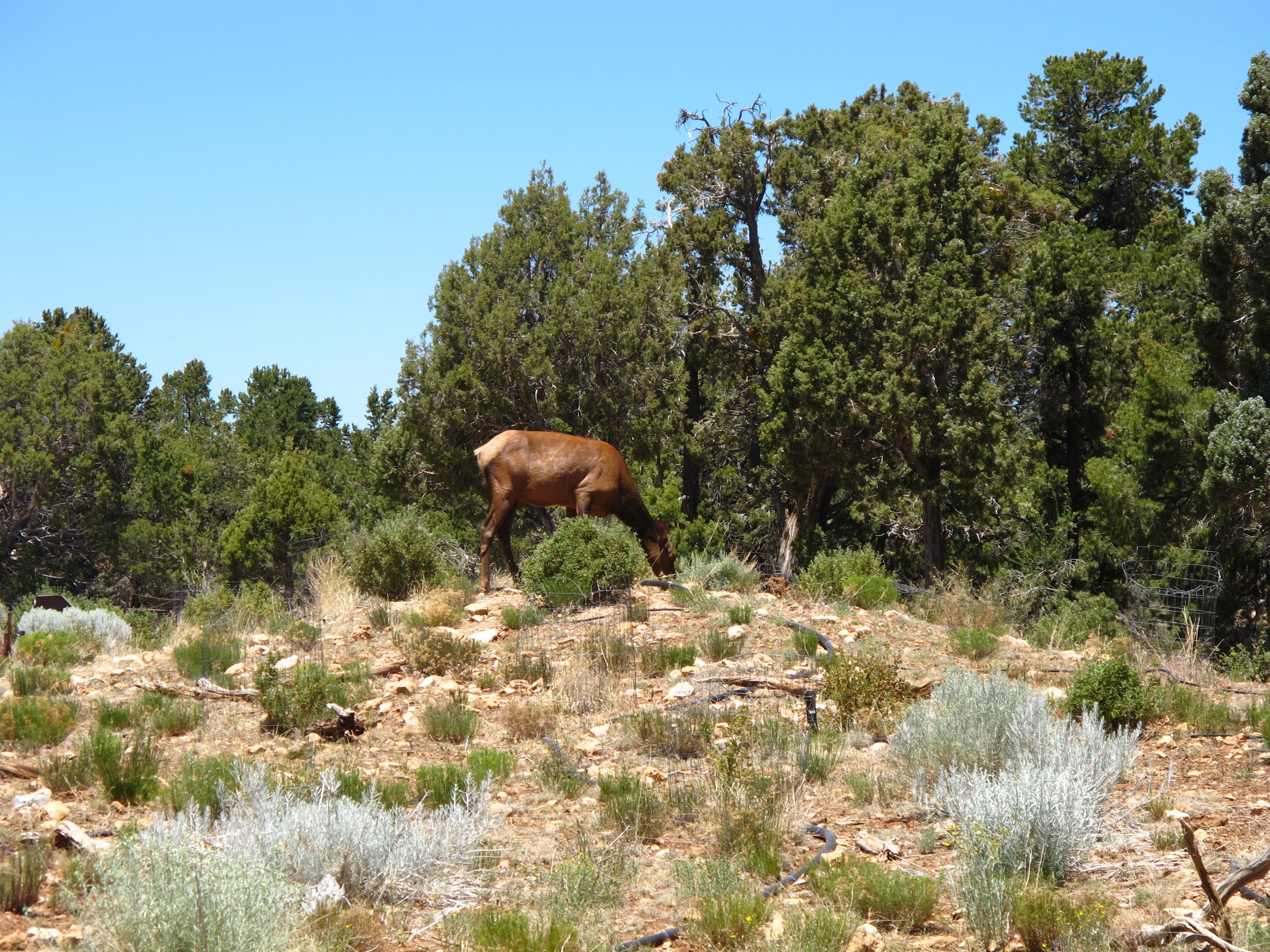 I saw the canyon: 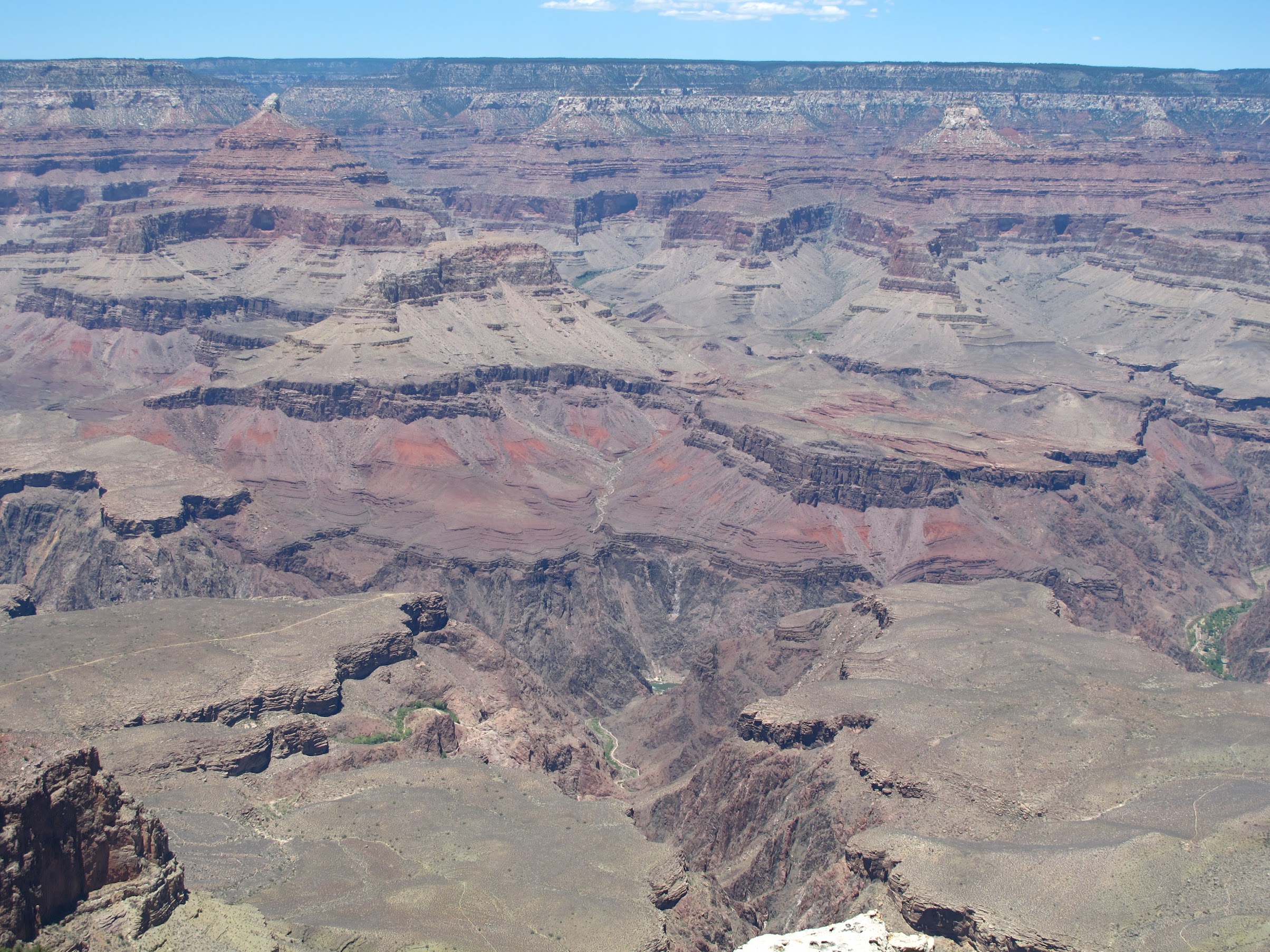 My bike seemed apathetic about the whole experience: 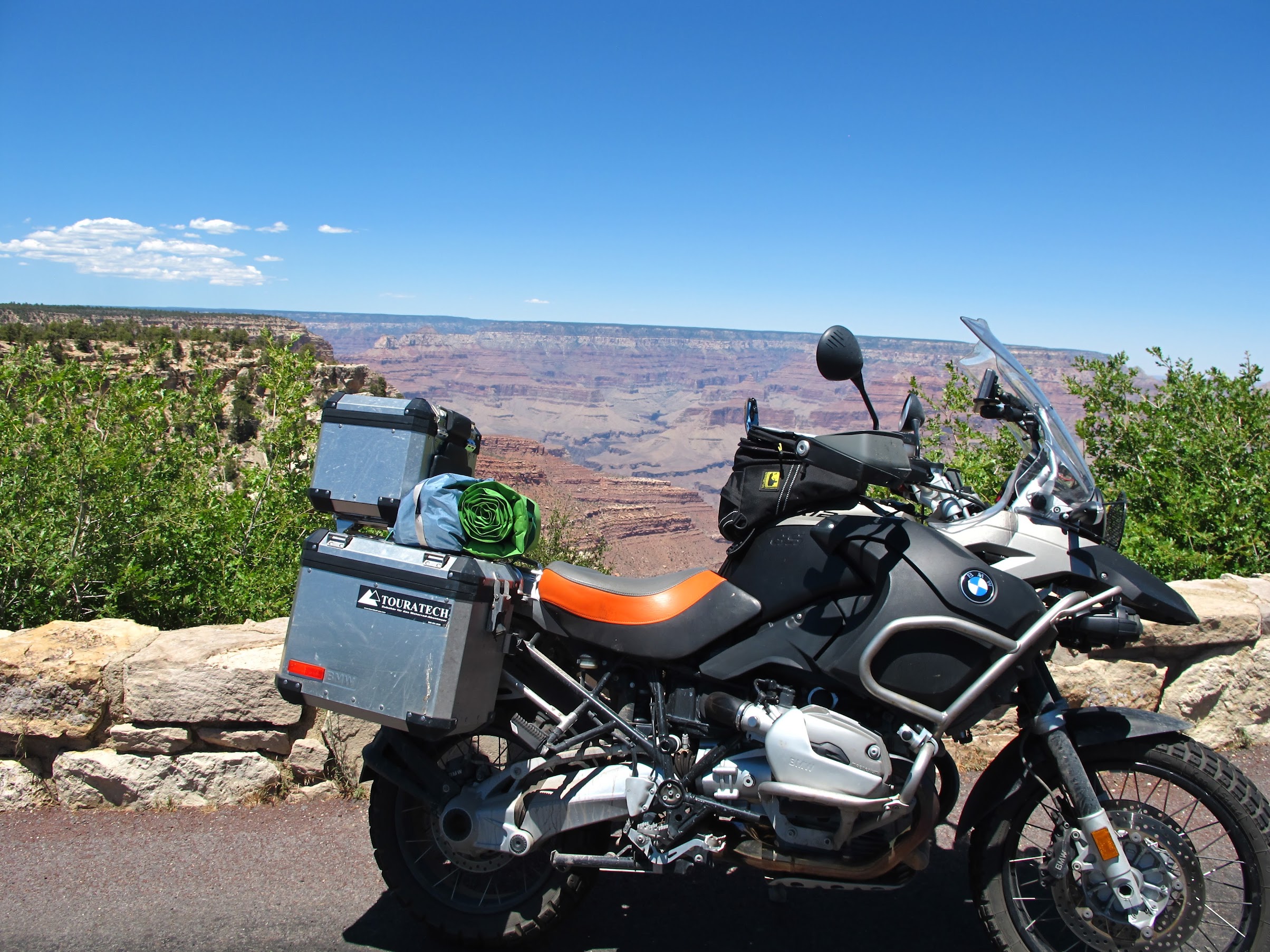 So we headed East and North, around the canyon, heading toward Utah: 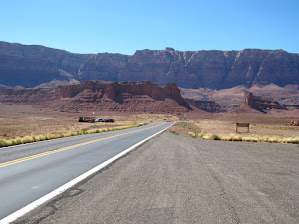 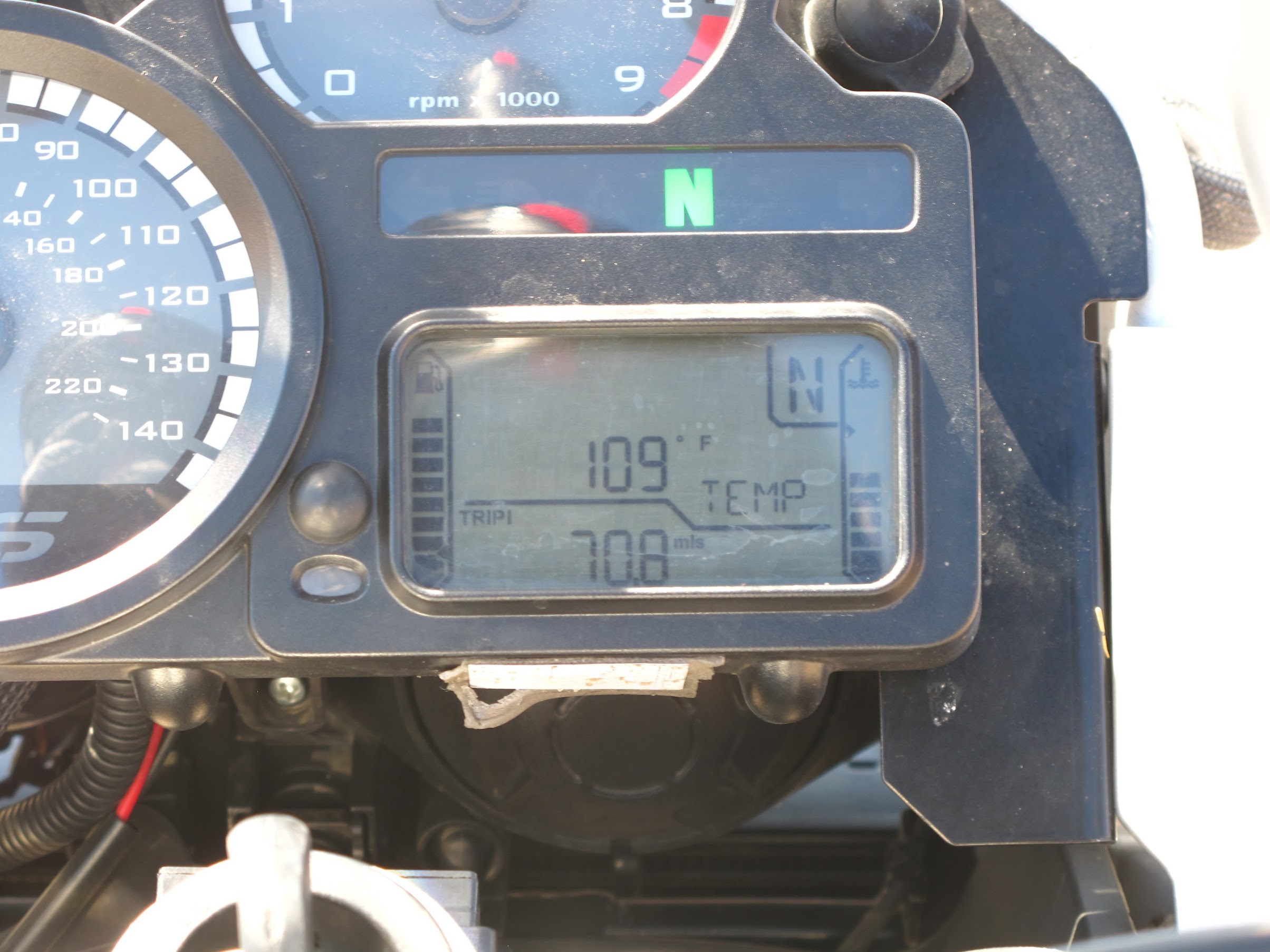 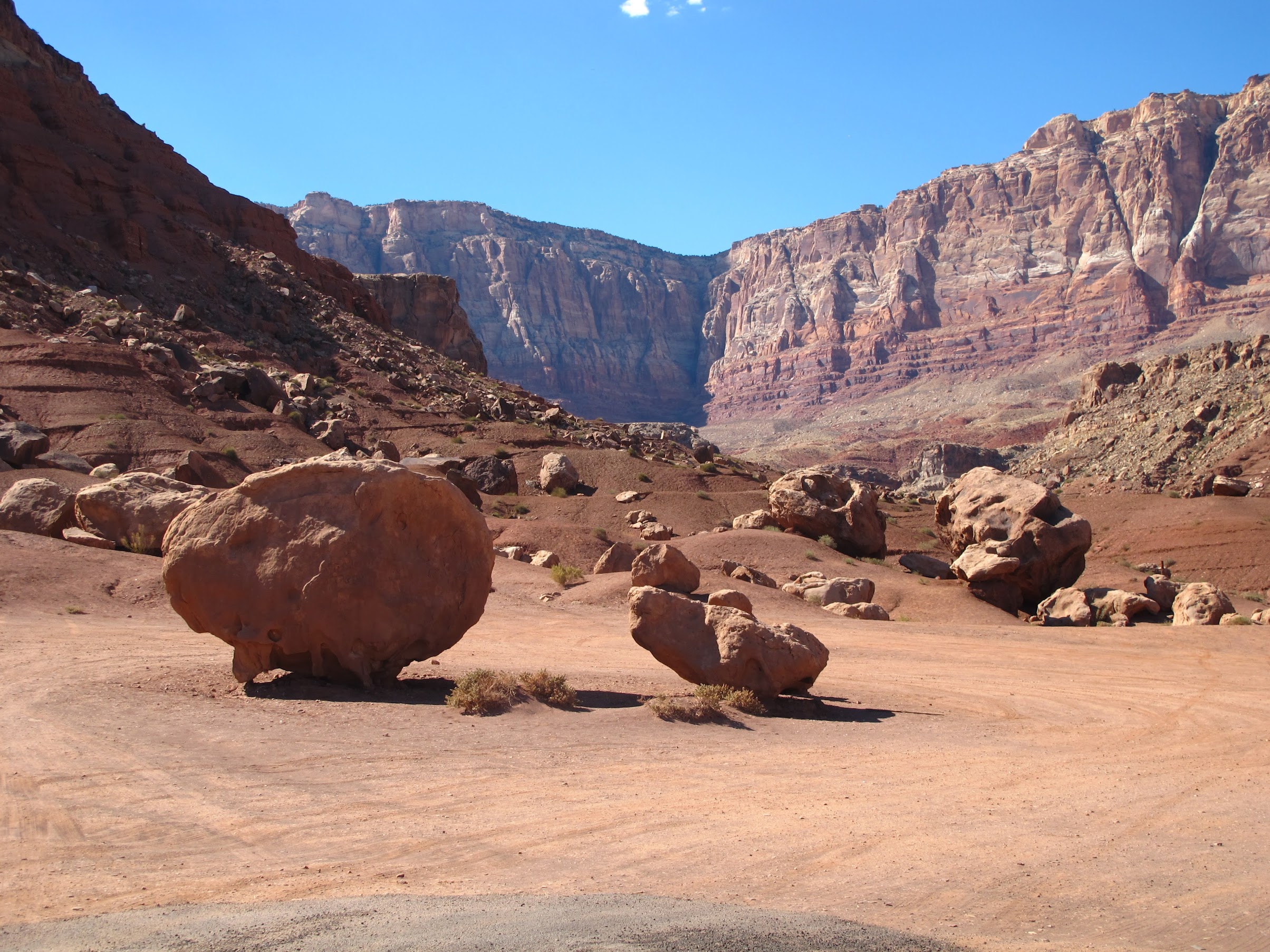 With abundant twisties and endless skies: 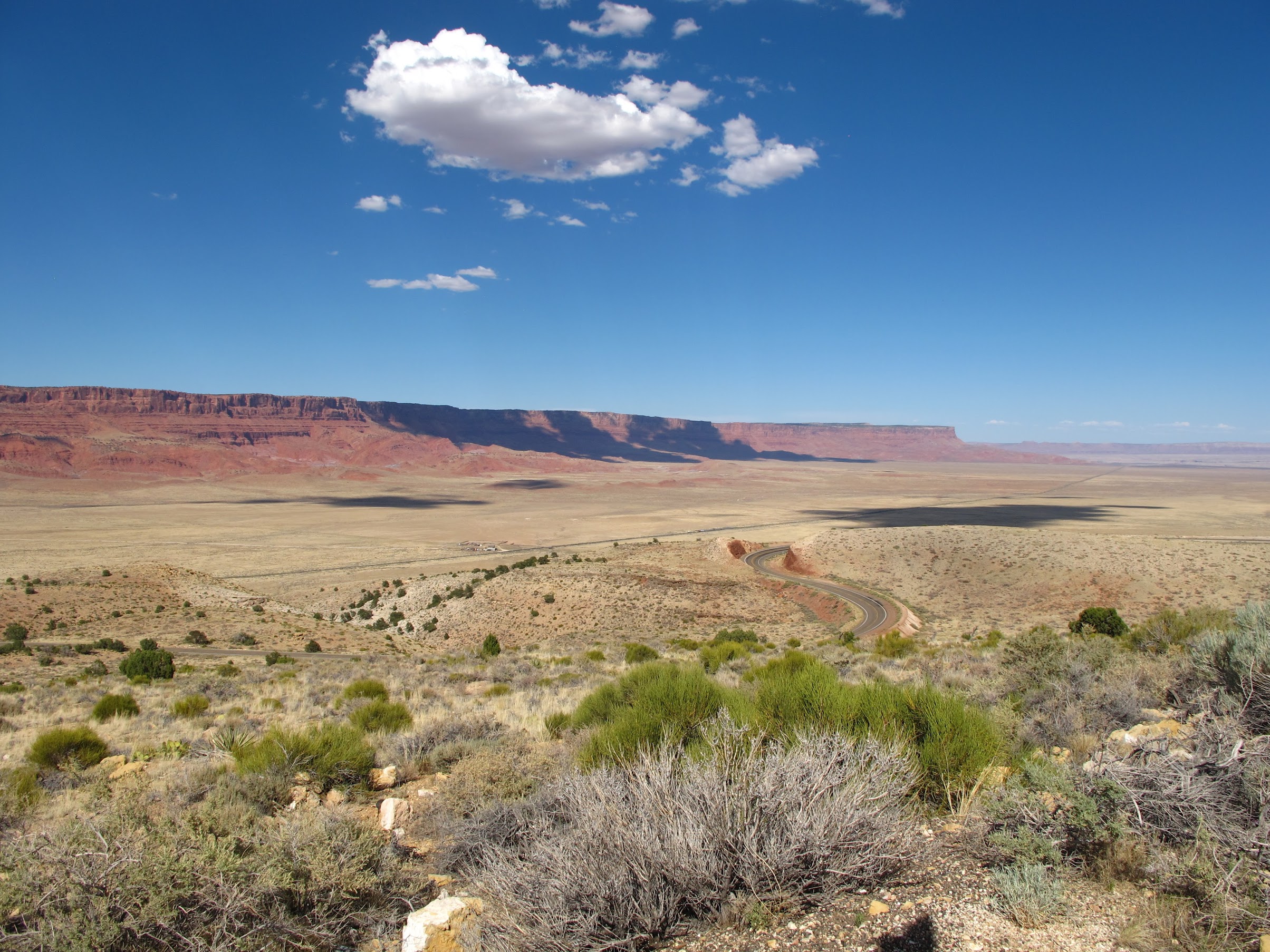 I made it to Fredonia, AZ and stopped for the night, at a family-run hotel, right at the turnoff to head West on HWY 389. It was tended by an old couple, and the office was their living room. They had 100+ cats running around, and the unmistakable odor of cat piss/spray was present even before entering the building. Gladly, the smell was limited to their space, and the cabin was actually quite clean and nice.

Side note: did you know the US was originally referred to as Fredonia? We were Fredonians, before we were Americans.

I ended up going North into Utah, before heading West through the middle of Nevada on routes 375/6. If you want a desolate ride.. there were signs indicating “no services, next 150 miles,” and they weren’t joking. The Extraterrestrial Highway, bordering a large greyed out area on the map (government access only), and area 51 among others, is the least populated area I think I’ve ever seen. I did see some fighter jets having fun in the sky, though.

I made it to a town called Lee Vining and stayed for the night, because I’d already ridden nearly 500 miles, and a thunderstorm was brewing. The road approaching Yosemite (and Lee Vining) from the East, however, is amazing. HWY 120. It’s full of twisties and one 5+ mile stretch with huge dips in the road. Don’t underestimate the fun level of large dips.

Around 6:30am I headed into Yosemite, stopped for many pictures, and finally made my way home around 3pm. 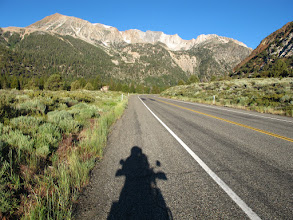 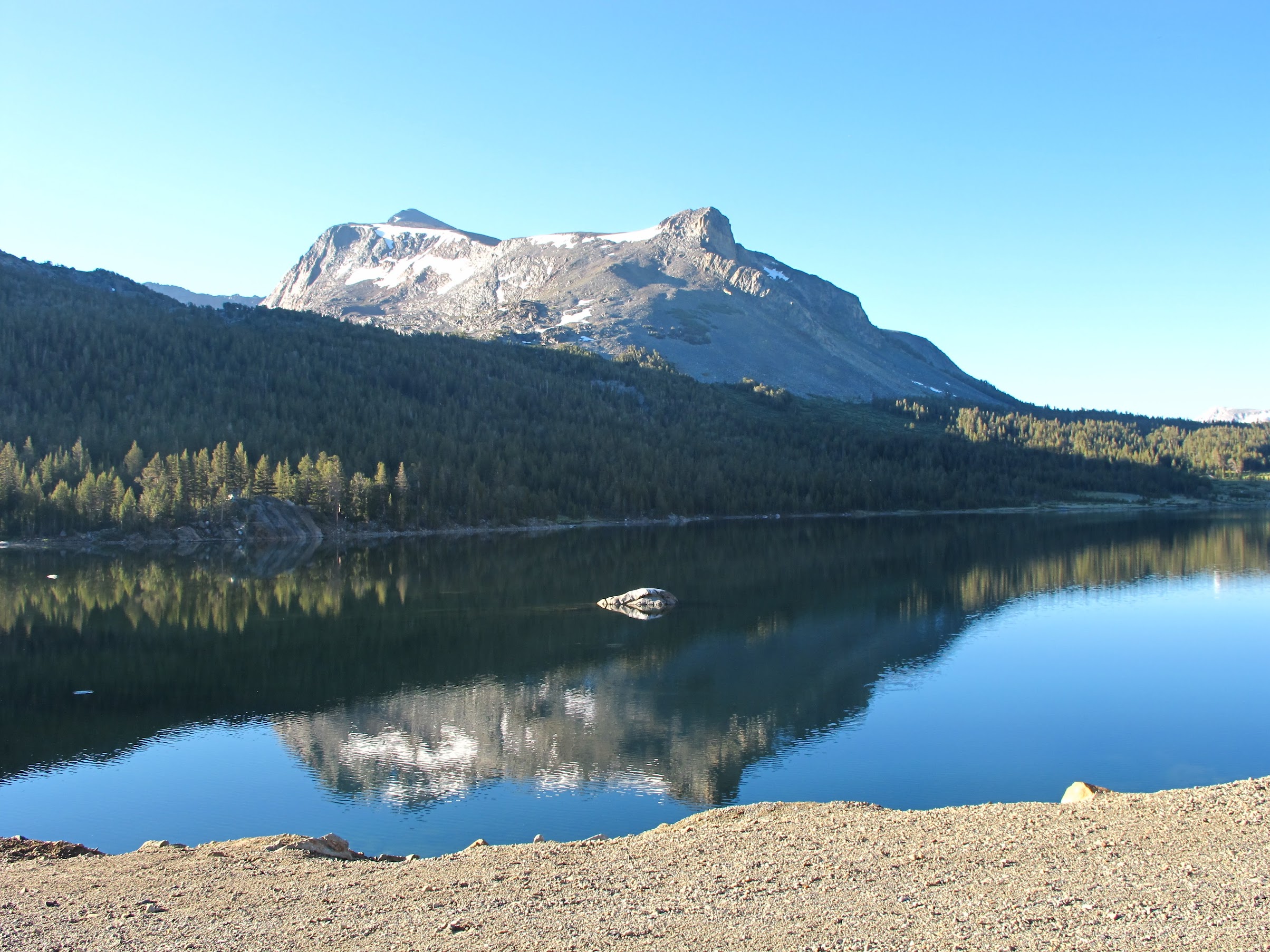 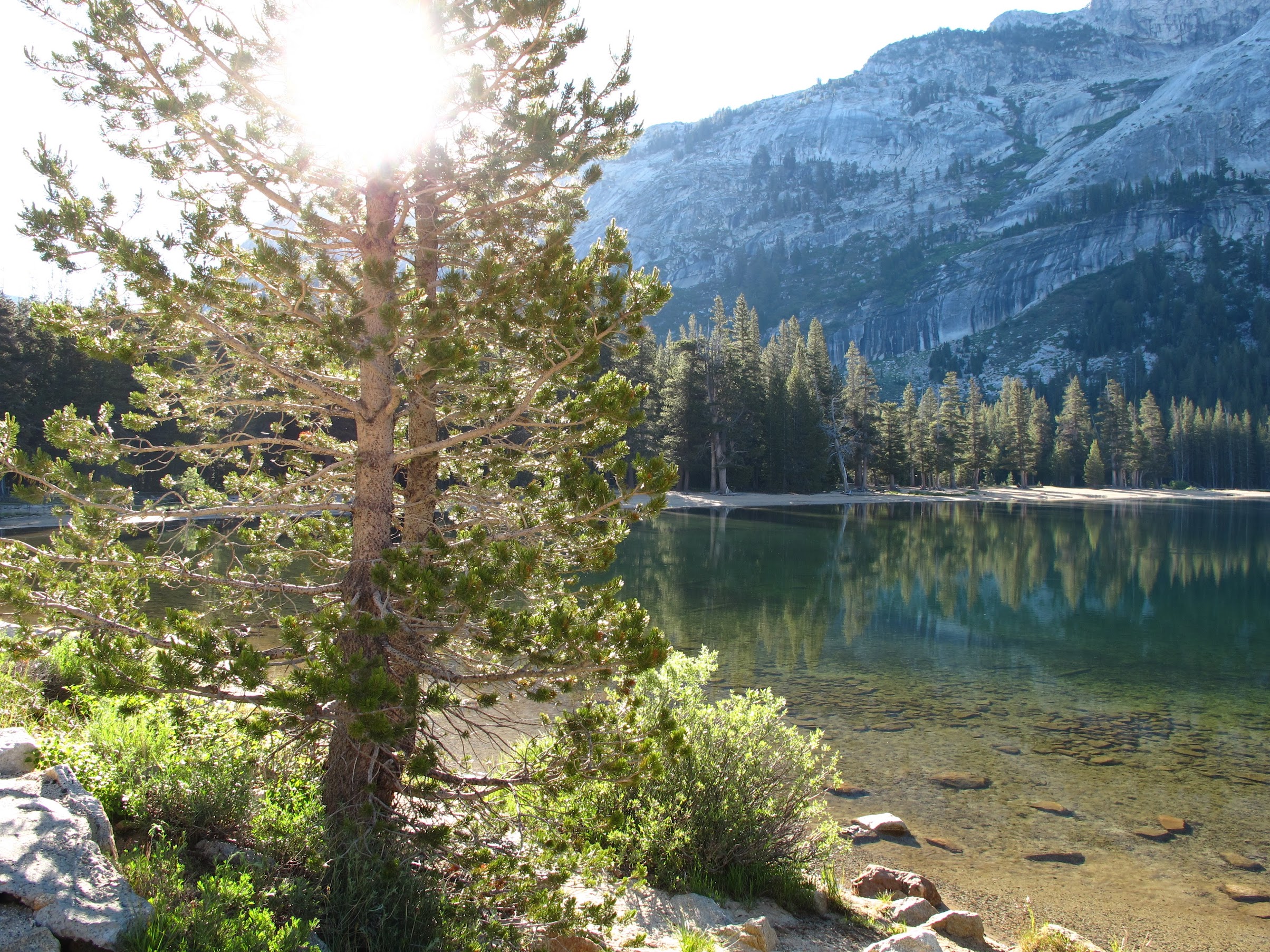 And here, I stopped to add oil (first time I’ve seen the oil level warning light come on!). I used 2/3 of a quart topping off, on the entire 4900 mile trip. At nearly 18K miles on this bike, I think it should stop using so much oil.. any time now.. 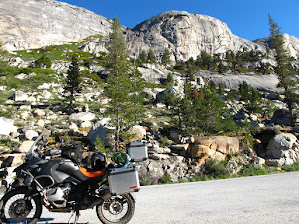 My final parting thoughts are simply: I must do this again. Great country, great people, great food.. but two weeks is not nearly enough to scratch the surface of Mexico. Next time, I’m thinking I’ll head down Baja and catch the ferry over to Mazatlan, heading South from there.