Based on some excellent advice from the well-traveled folk on advrider.com, I decided not to proceed any further South, even though I really wanted to see Oaxaca. If I had, the ride back North and eventually home, would have been way too fast to be enjoyable.

I left Puerto Vallarta in the morning, intending to take route 90 (aka Donkey Road), but missed the turn, and ended up taking the same route out, that I’d taken in 🙁

Then, was the turnoff for Guadalajara.

The road (libre option) was amazing. It started rising off the coast into the highlands, on twisting, winding, smooth, non-congested roads with wonderful scenery. The temperature and humidity both dropped 30%, thankfully.

I rode straight through the city, not sure where I was going to stop for the day. I must say, Guadalajara is a very modern, beautiful city; while riding through, I kept thinking “this is nicer than many American cities.” And the surrounding area – wow – so beautiful: 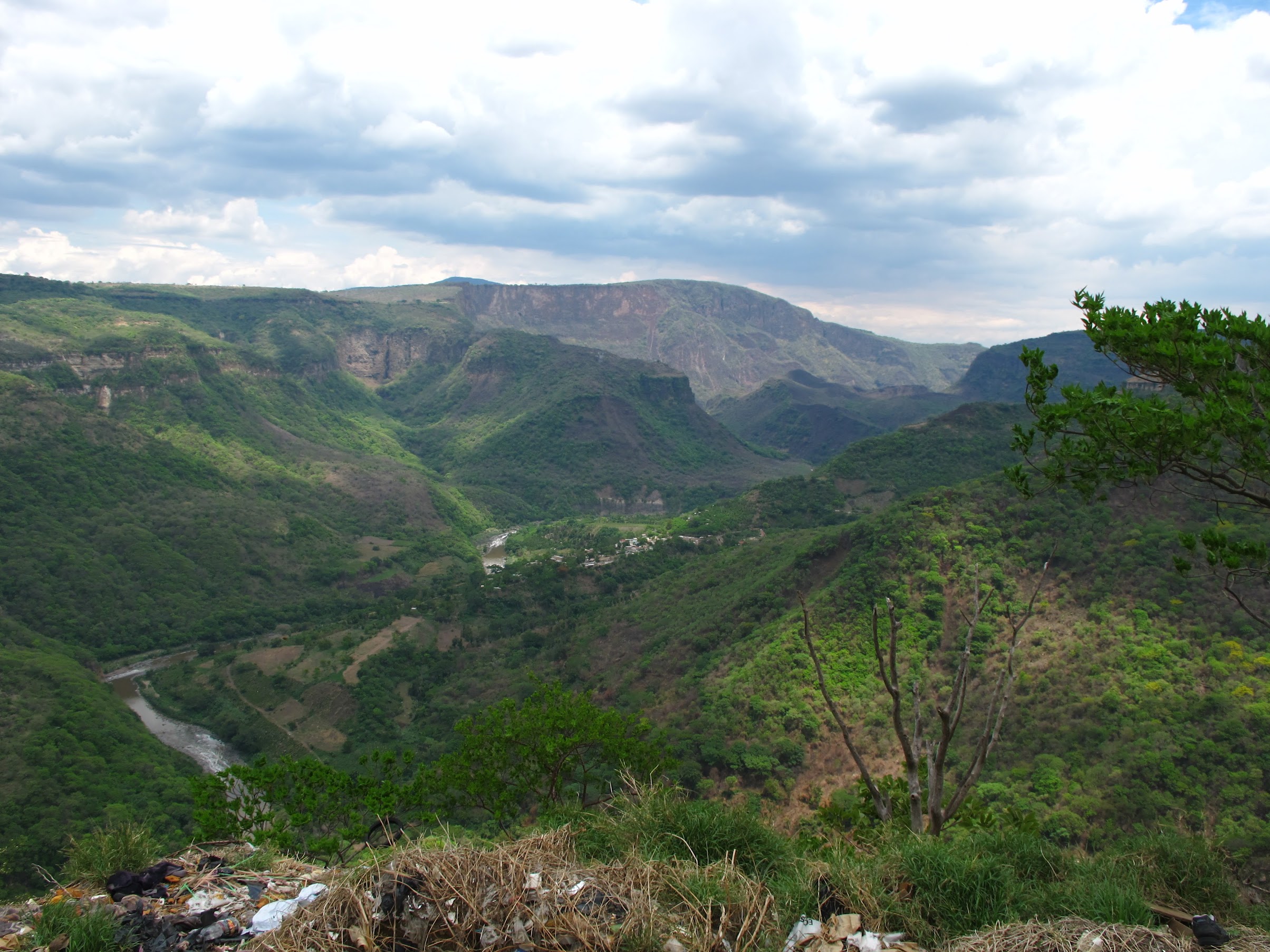 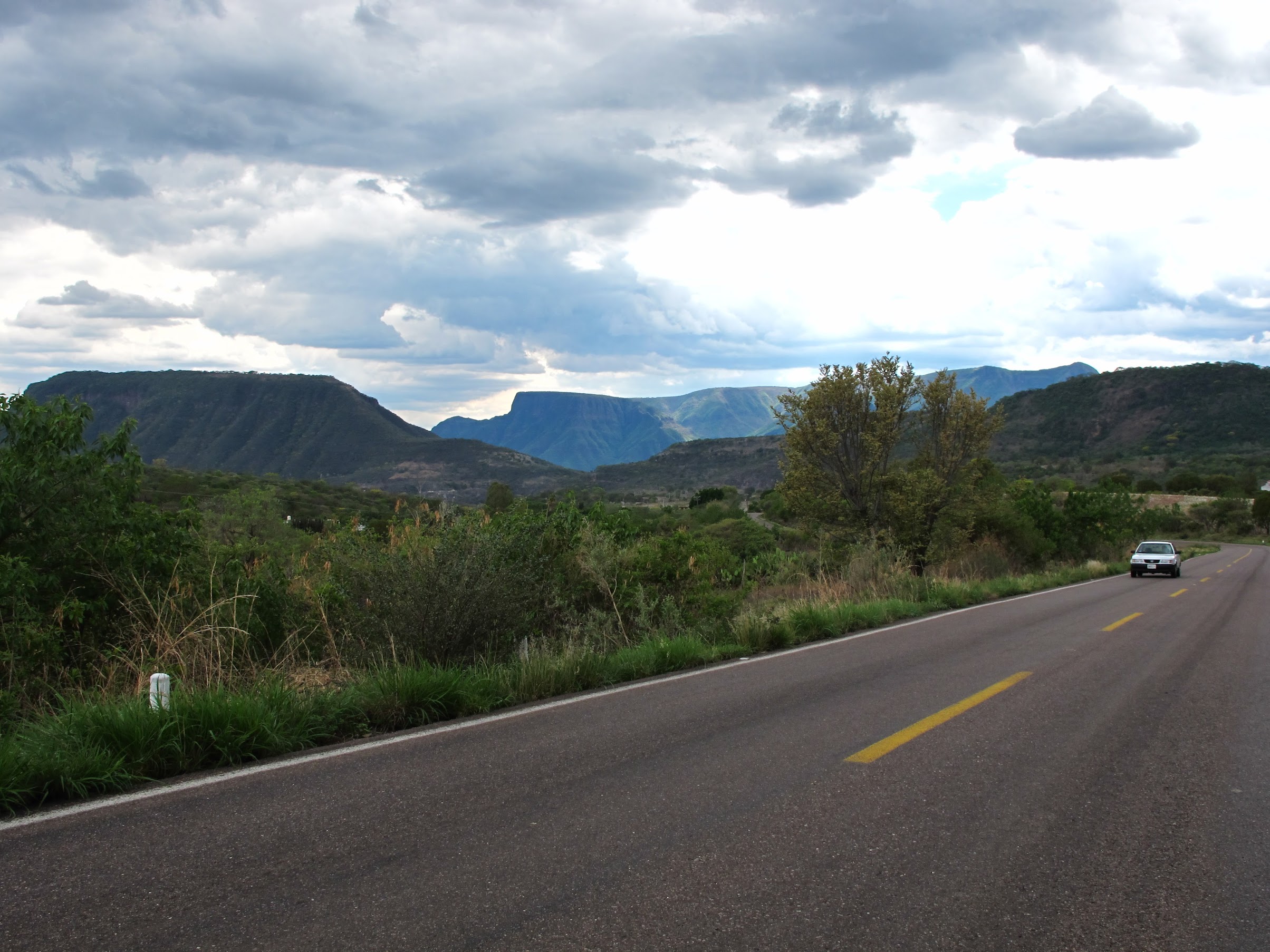 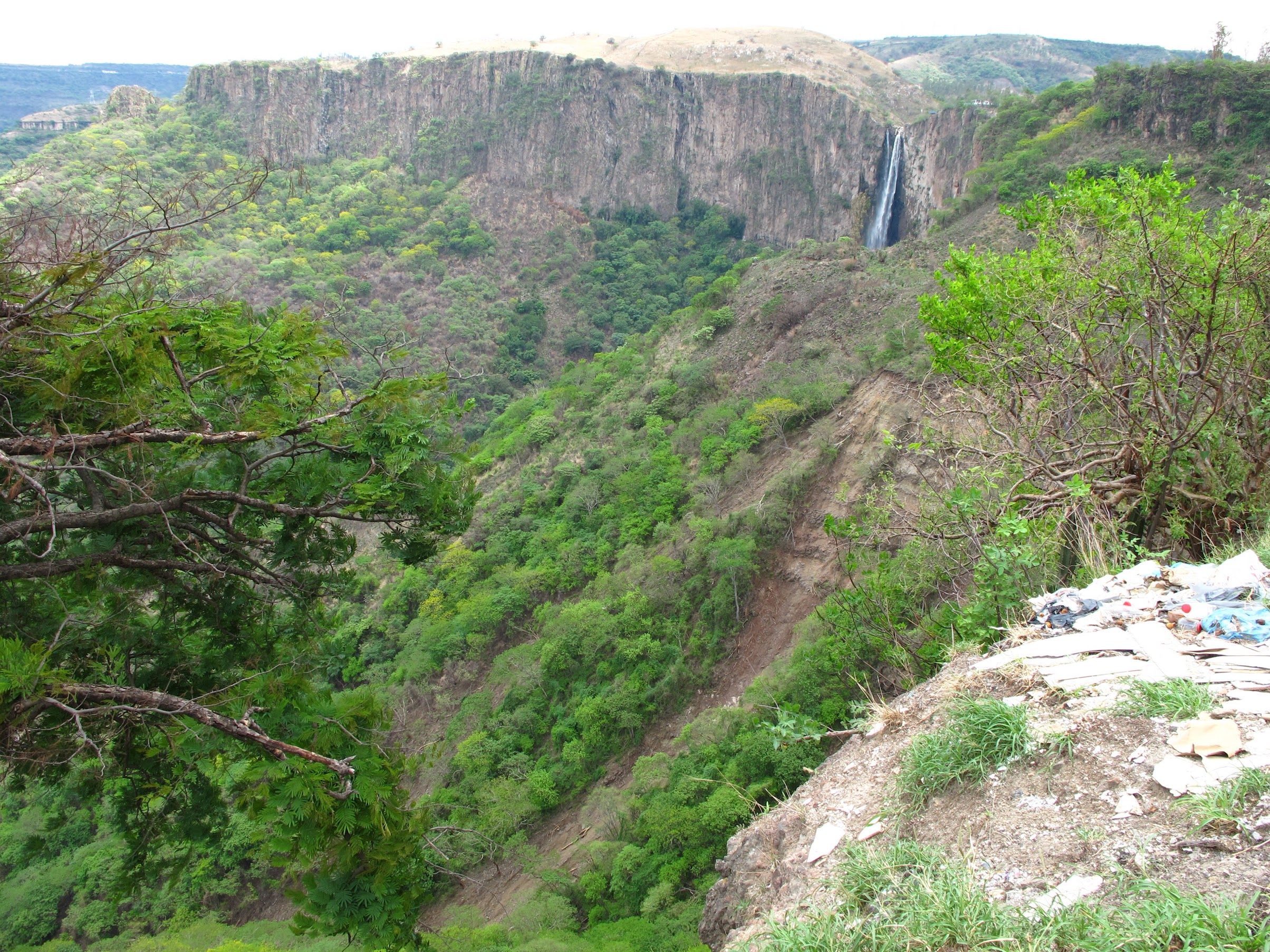 I kept riding through, because I’d only gone 200 miles, and didn’t really want to stay in such a large city. I’d head for Zacatecas, not sure if I’d go the entire distance this day.

About this time, I started feeling a bit sick. Perhaps brushing your teeth with tap water isn’t a great idea.
To give a preview: it lasted the entire rest of the trip, but wasn’t too bad. Montezuma’s Revenge most commonly takes the form of e.coli, norwalk virus, or dysentery. More on that later 🙂

I arrived in Zacatecas, toured through the town looking for a hotel or hostel, and discovered they have a real live aquaduct! 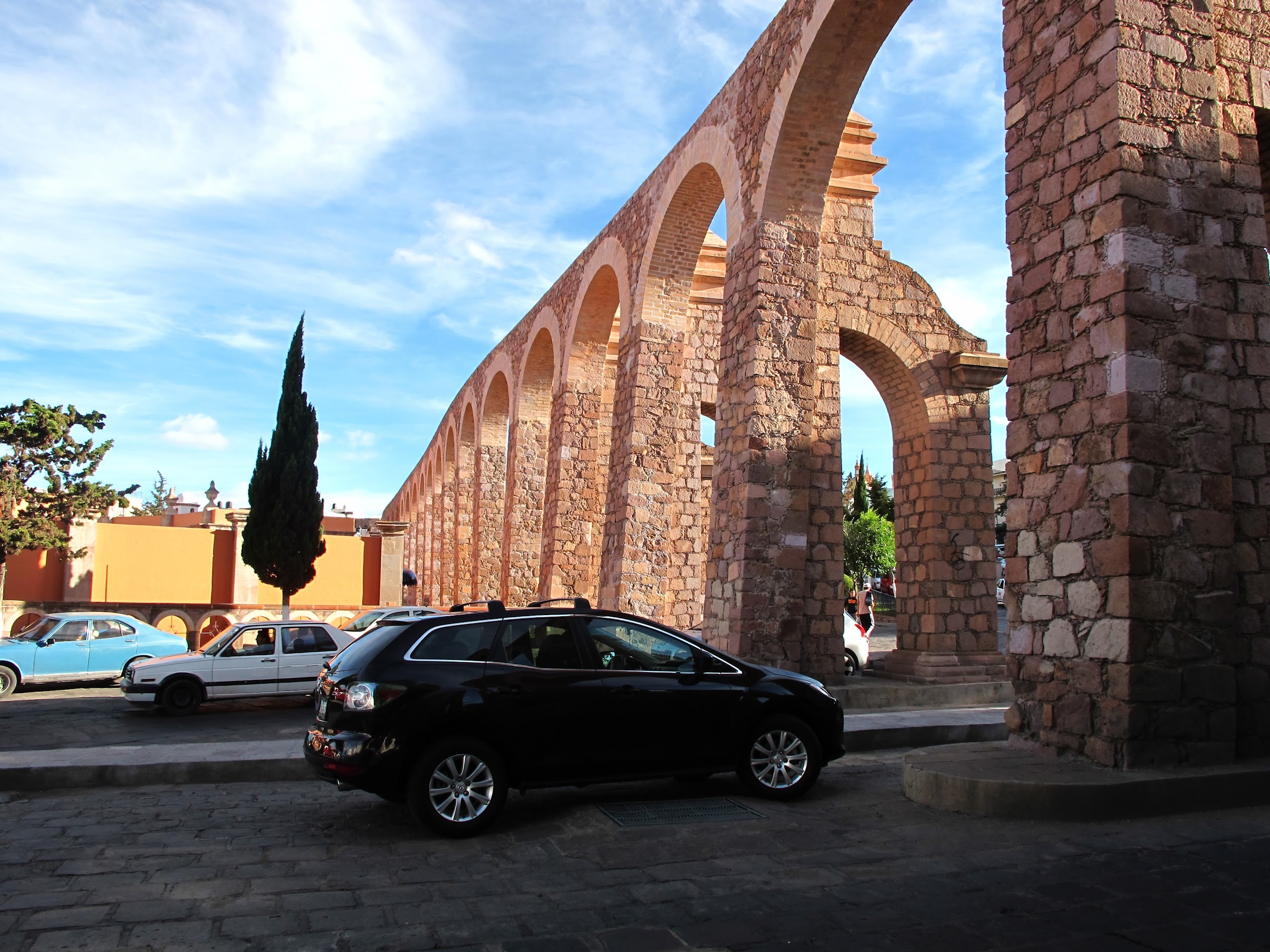 And if you  look at the cars in that image, you get a sense of the income level disparity in Mexico.

I found a hotel on the edge of town with secure parking, got a room, and stayed on the toilet for a while. In the morning, I headed out toward Durango, and by the time I arrived, I truly felt like crap, so I grabbed a hotel at noon. Started getting a fever and severely sore muscles, so I went to the pharmacy to get some drugs.

Rubbing my stomach, I asked the staff for some medicine. One guy sought clarification, and made the universal “stuff shooting out your ass?” gesture, which I affirmed. He gave me a box of 10 pills for $1, instructed me not to take more than 4, and said I’d be good by tomorrow. He was right! In the morning, I headed up North.

The use of the word “chilling” is definitely a stretch.

Day 4 was travel to Mazatlan, and I arrived just after 1pm.

Day 6, I traveled to Puerto Vallarta (PV) and arrived around 5pm. And tomorrow I’m heading toward Guadalajara, but will cut north just prior to avoid running through the large city.

I stayed at the Ramada hotel in Mazatlan, and it was nice (but of course touristy). Strangely, it was mostly Mexican tourists! I did meet a nice pair of couples from Veracruz on k1300-something BMWs, just starting a trip to Alaska. Best of luck to them! 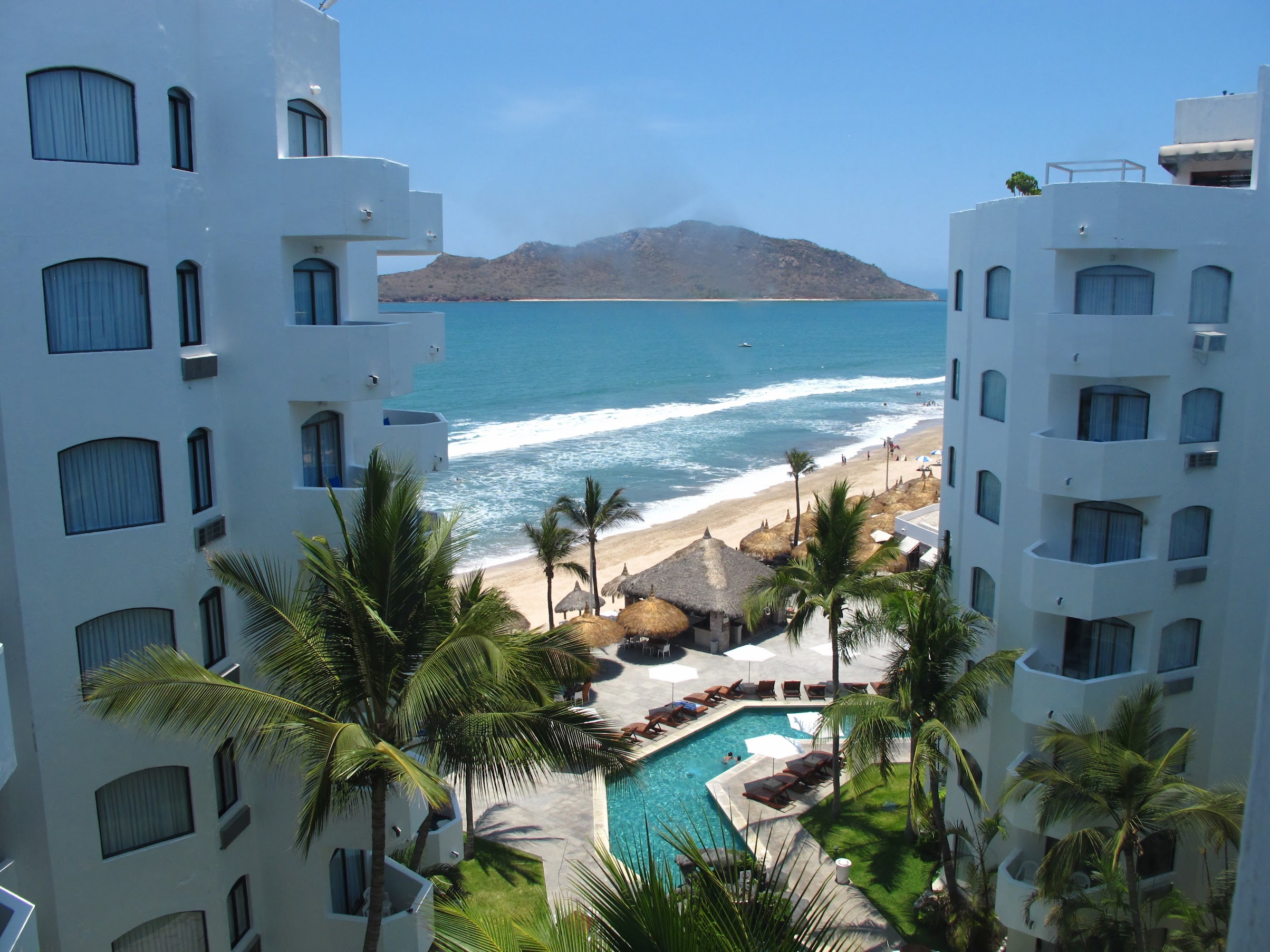 The beach was quite nice, and I even took a waverunner ride for 30 minutes 🙂 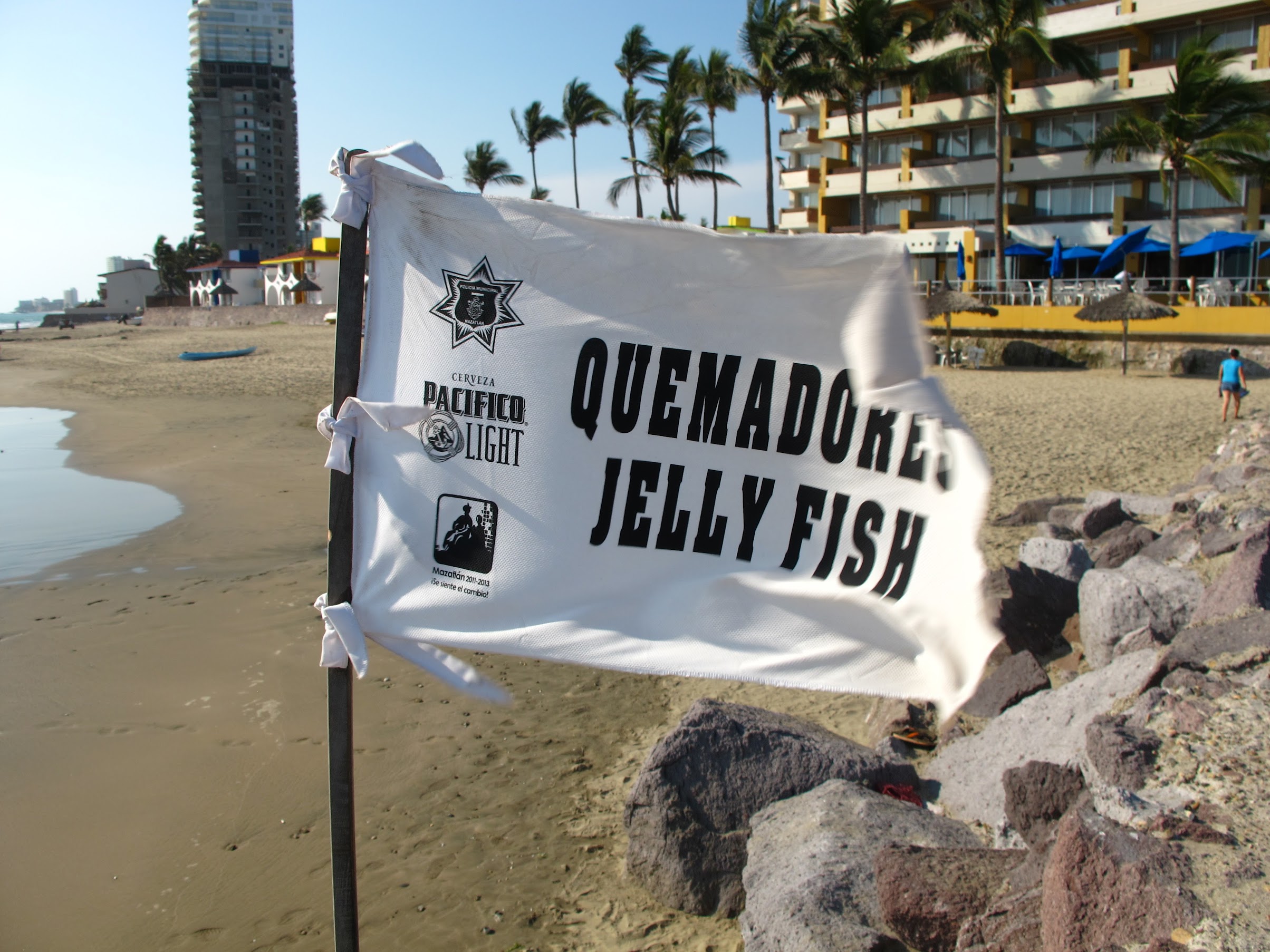 The town itself, though, is a bit depressed. The entire area along the beach is filled with still-open shops, containing sole sad-faced owners sitting at the doors. Half-built buildings litter the entire beach line..

But hey, you can still bury a girl and give her sand boobies: 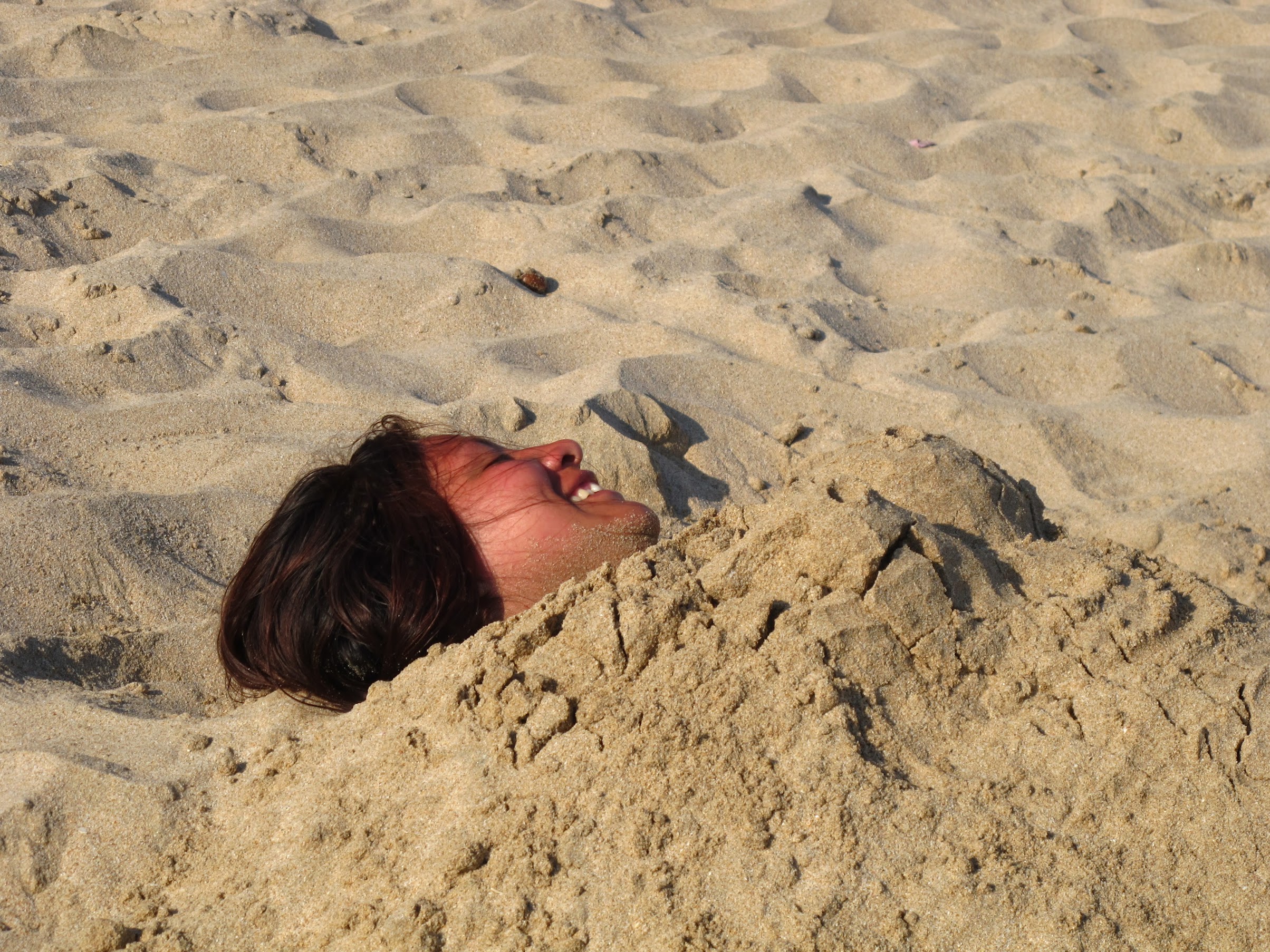 Also, the market in the city center is WONDERFUL: 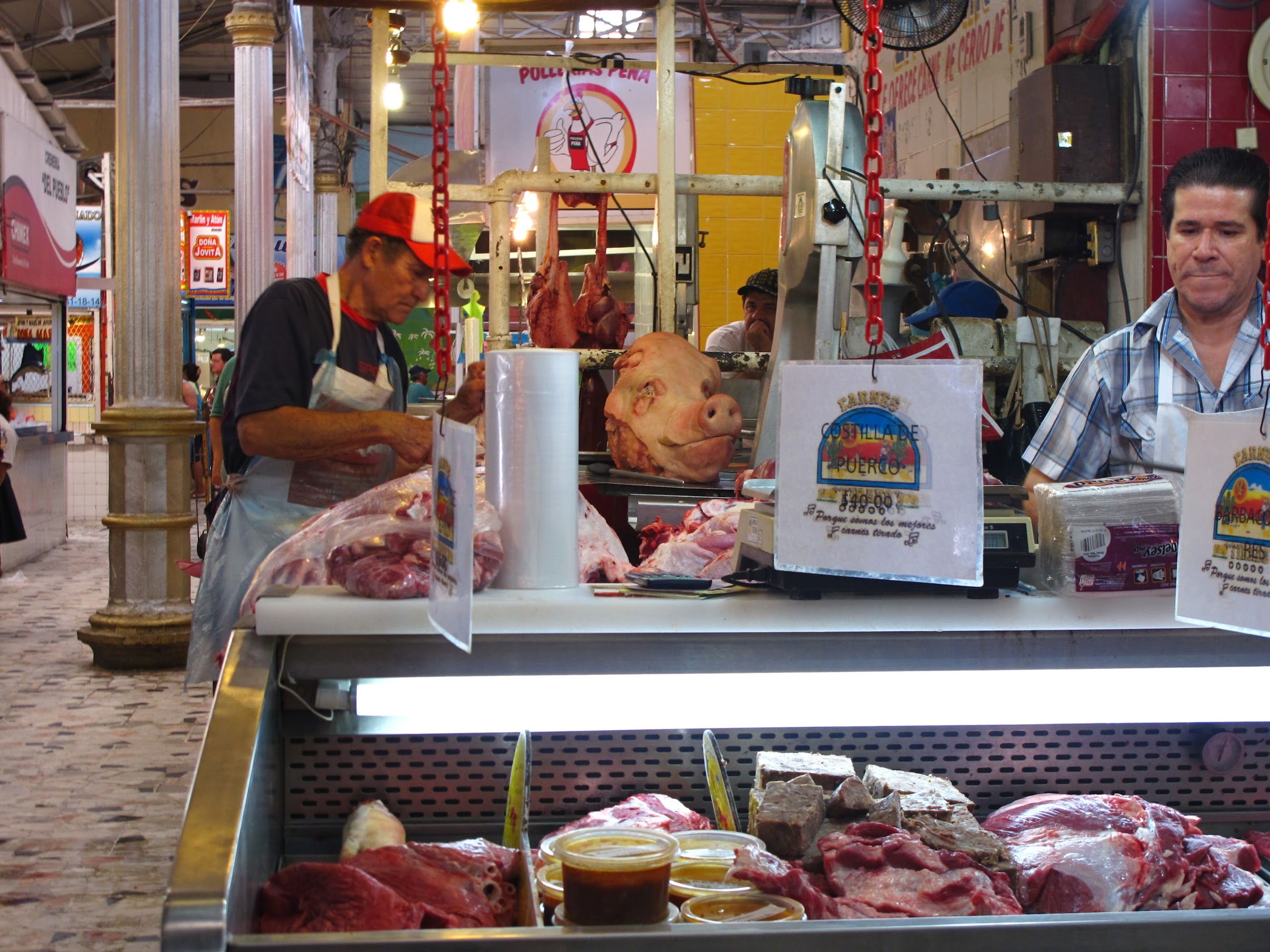 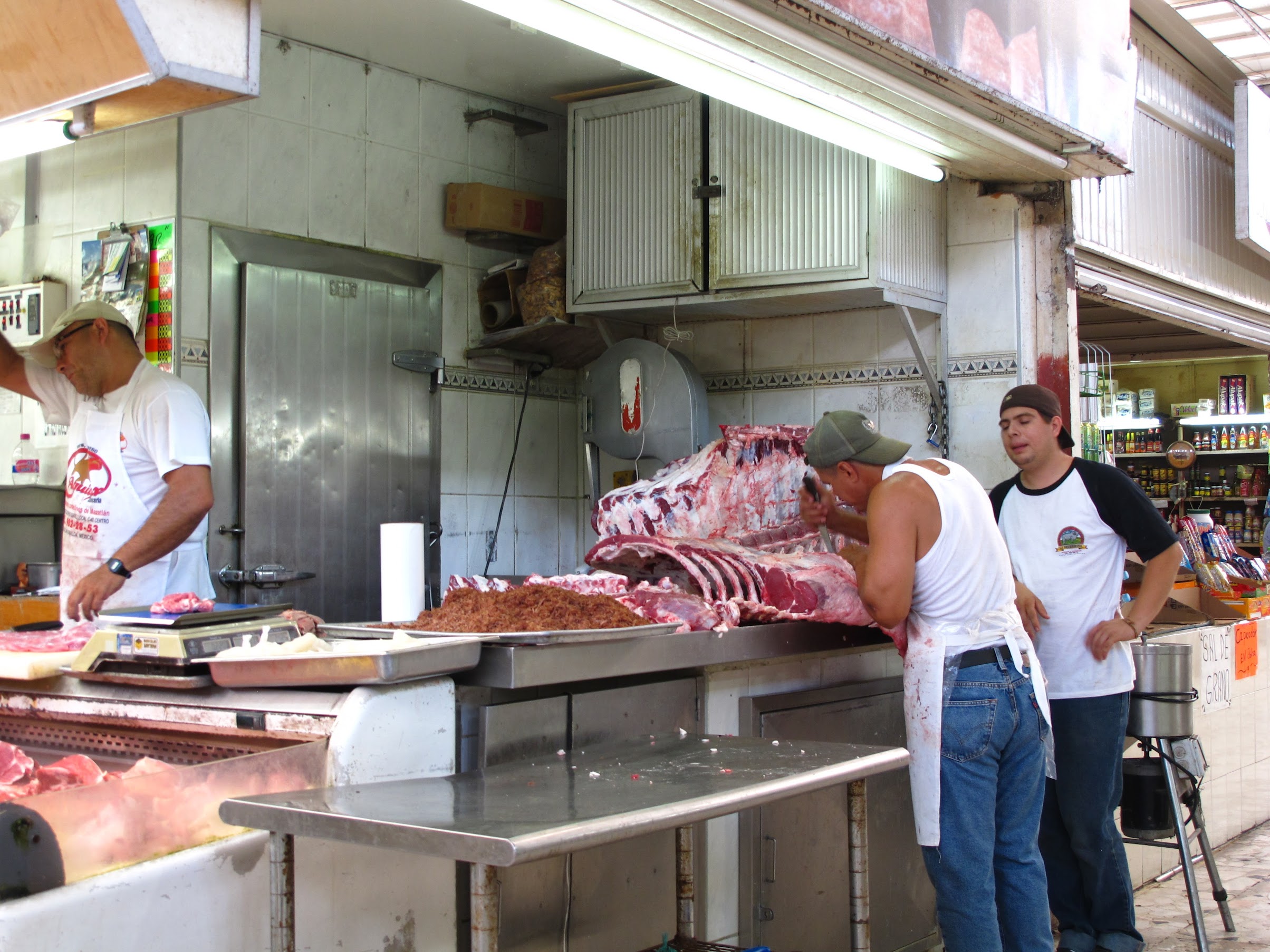 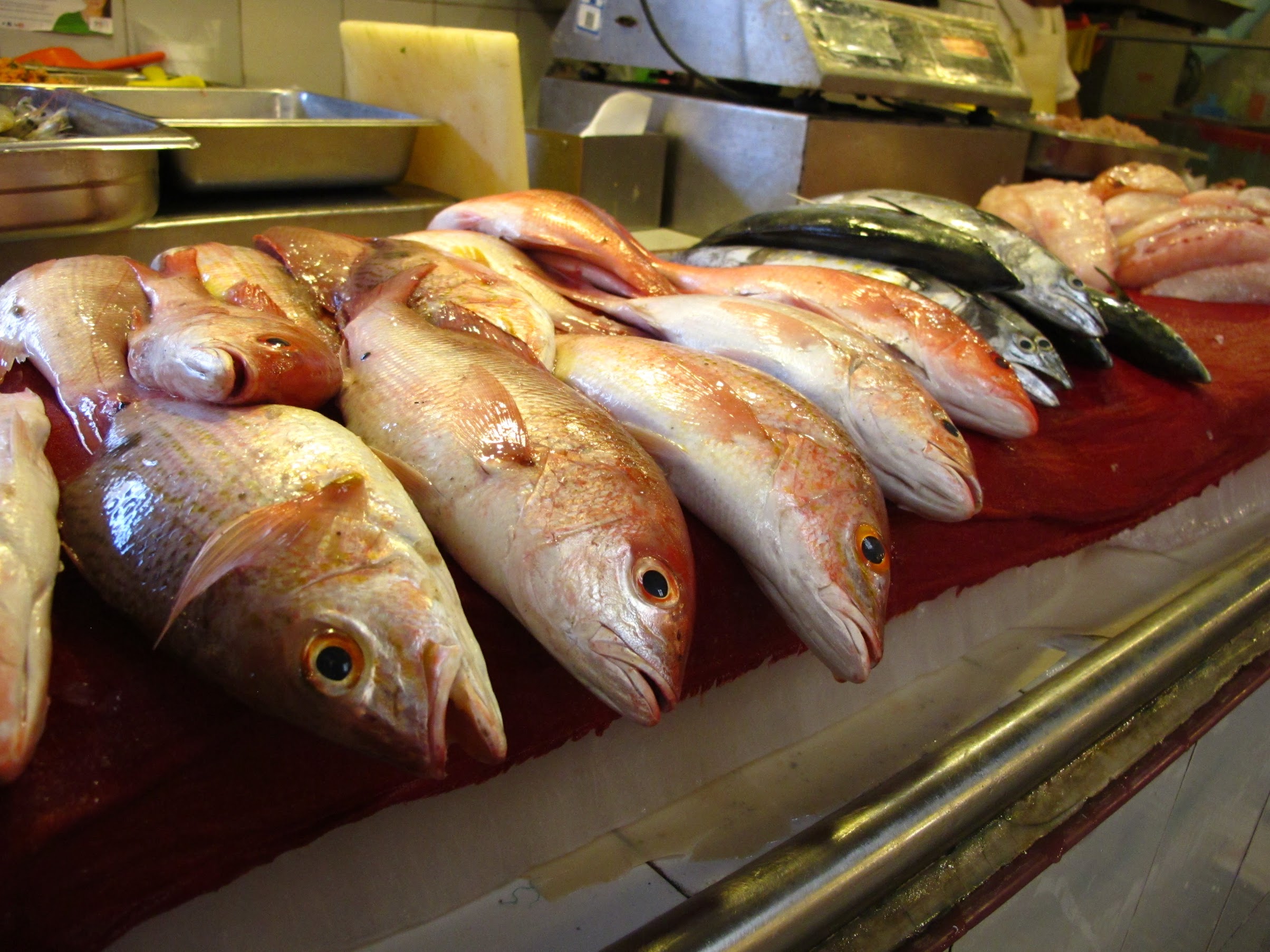 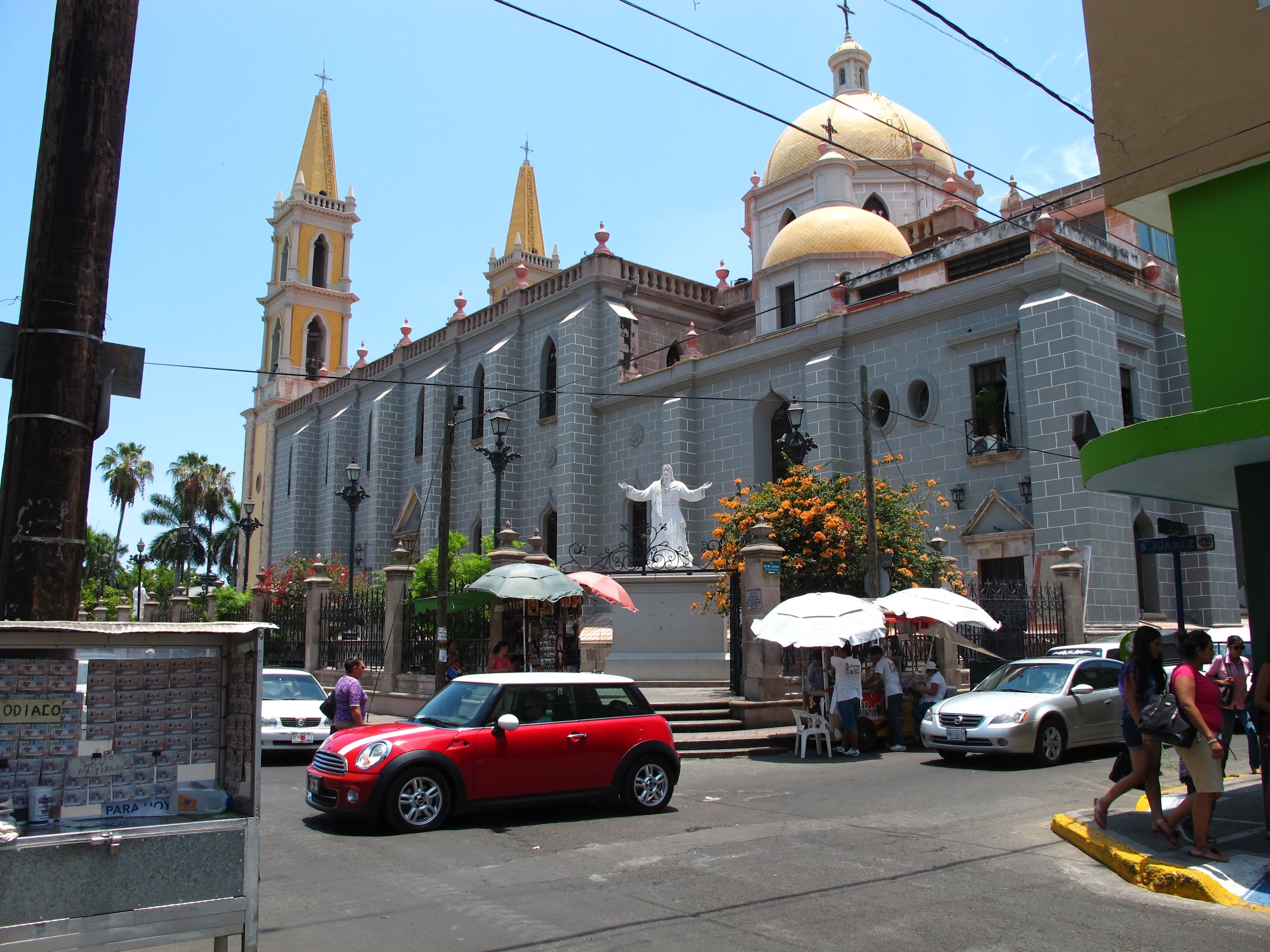 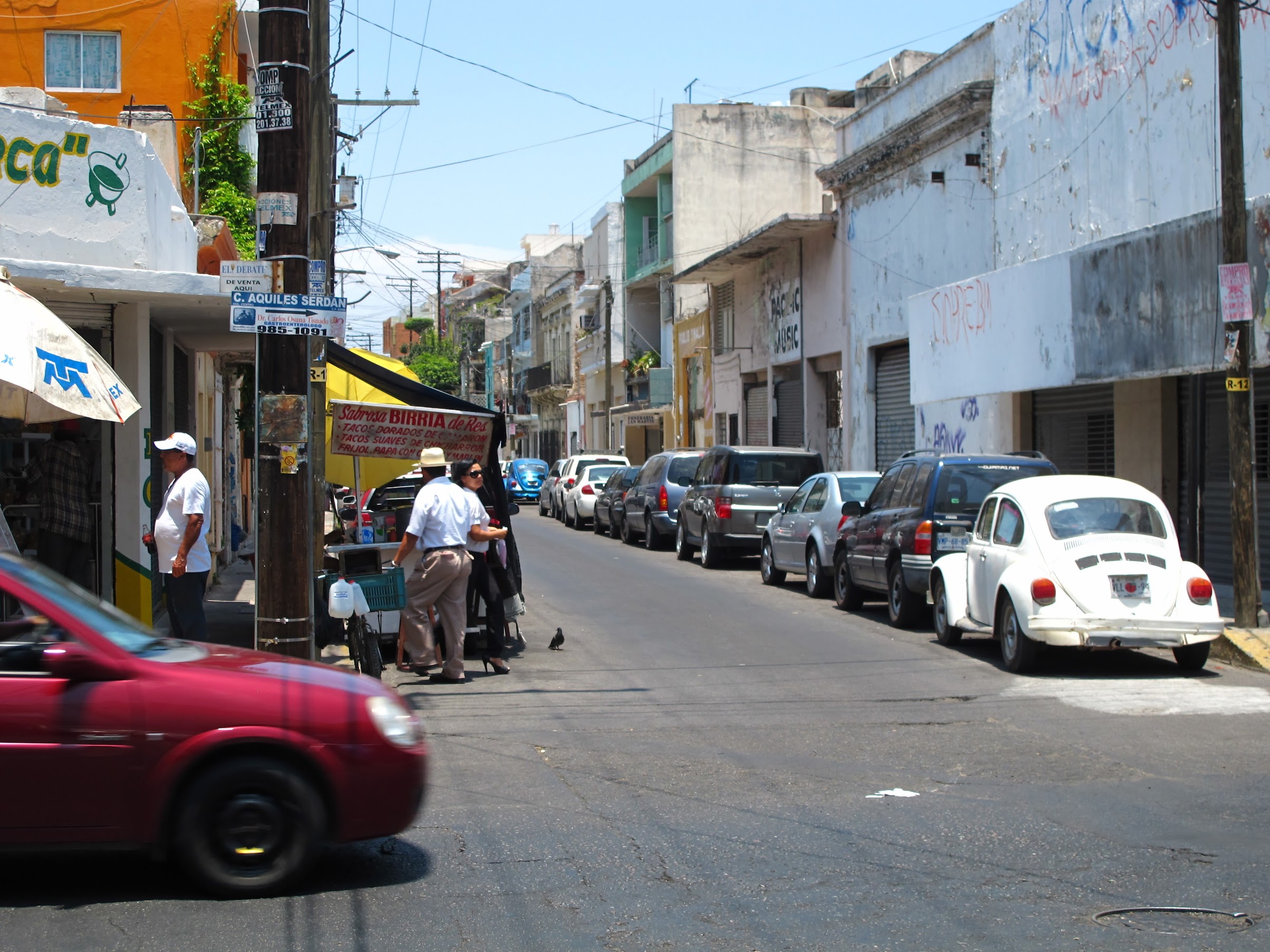 Also, birds (white-winged doves, in this case) like to nest in bananas: 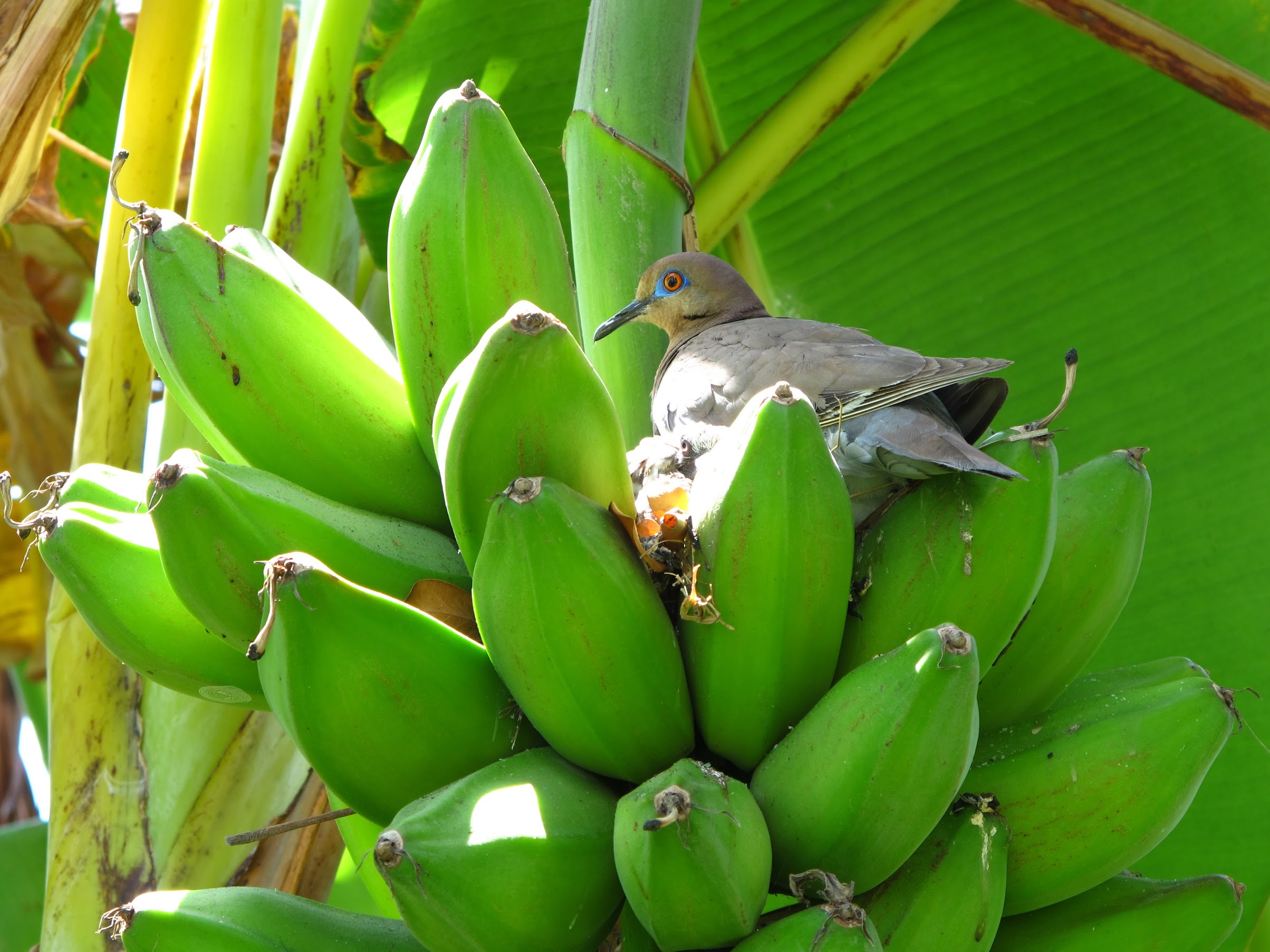 And there are great sunsets, to test your tripod and long-exposure skills: 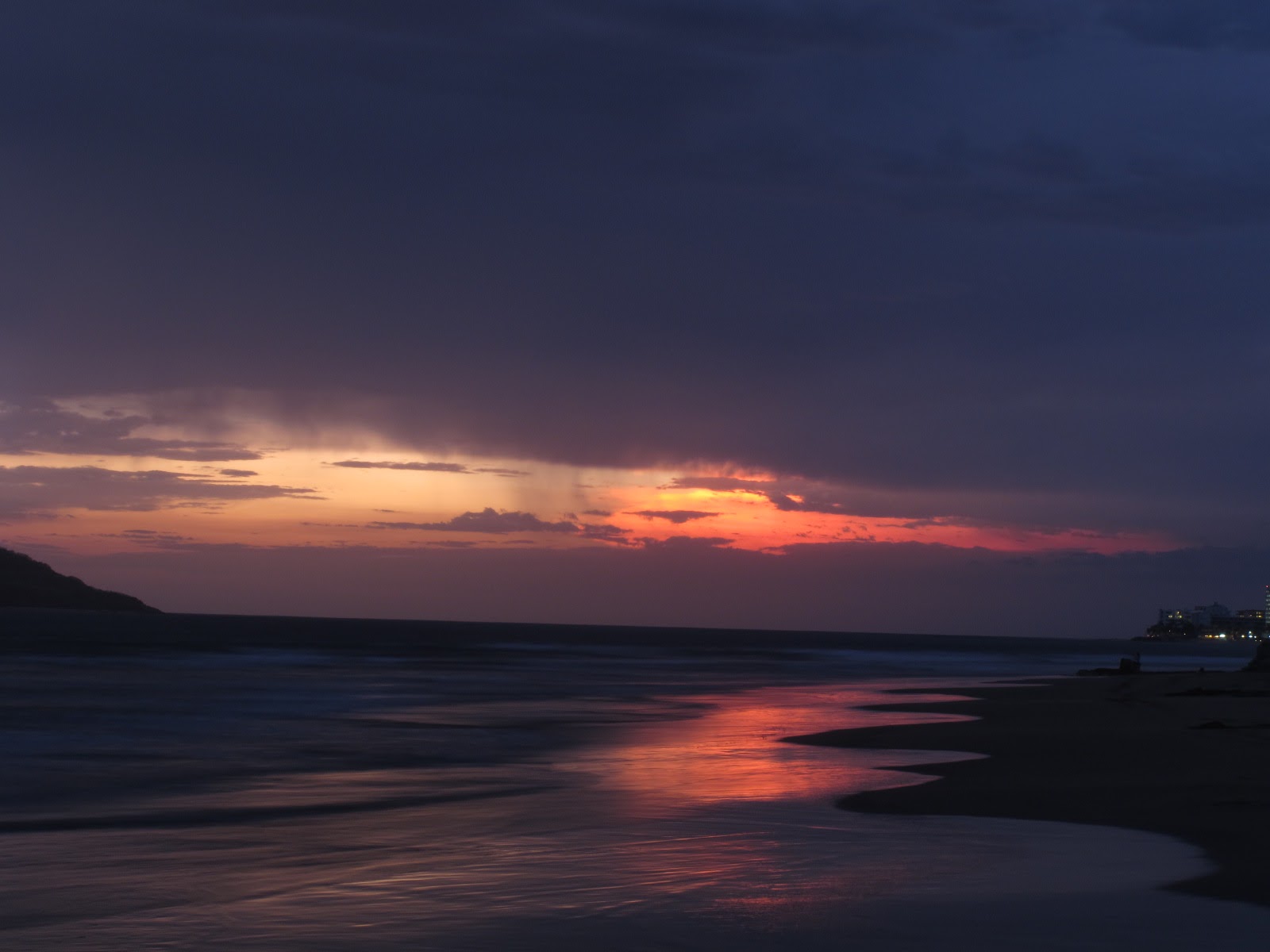 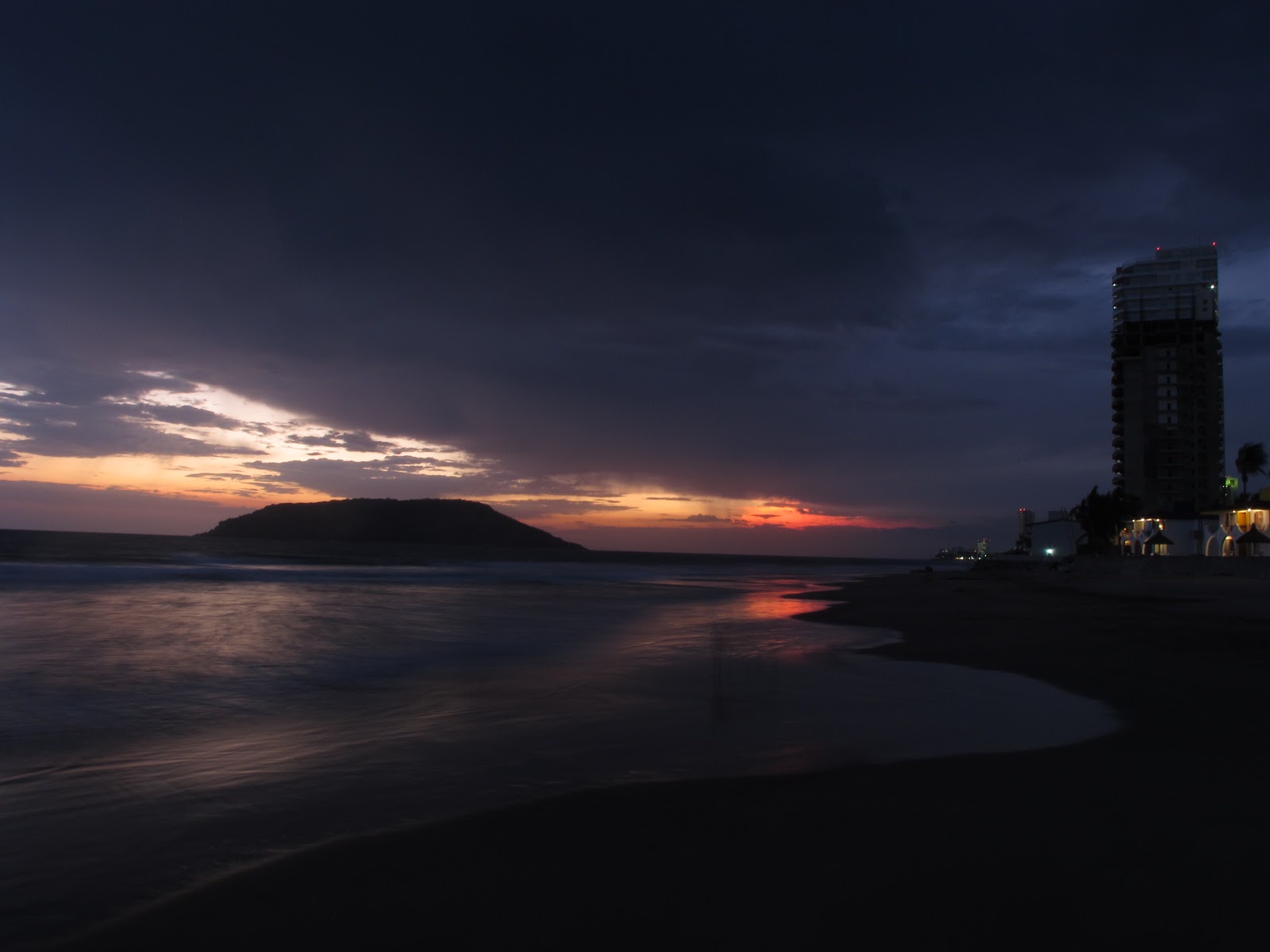 And on to the important part: the road south, to San Blas, and then on to PV. Amazing blacktop with tons of twisties: 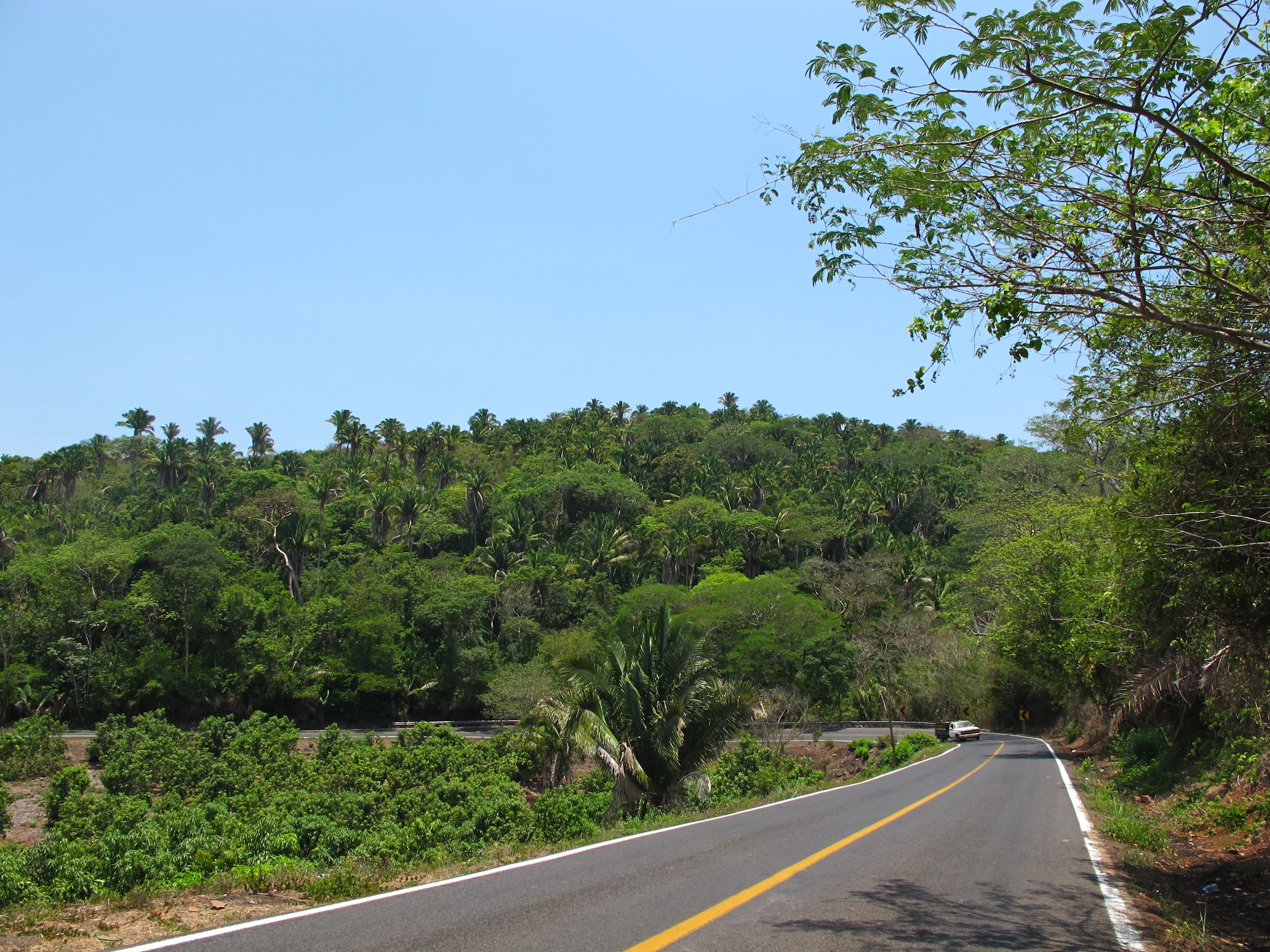 And it’s basically THE point where Mexico transitions from arid desert/grasslands to full-on jungle: 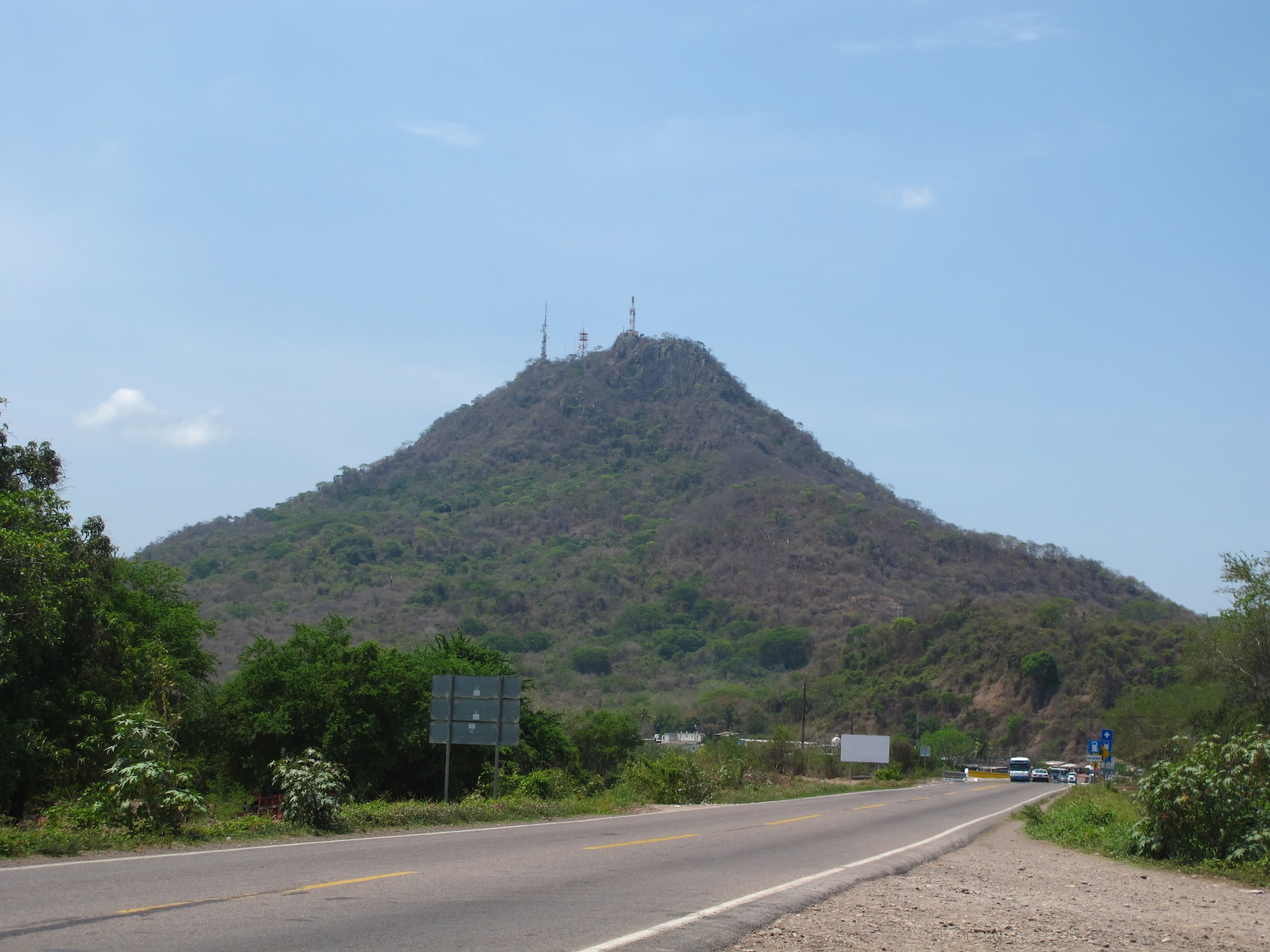 San Blas is an amazing little town! I can see why so many gringos live there: 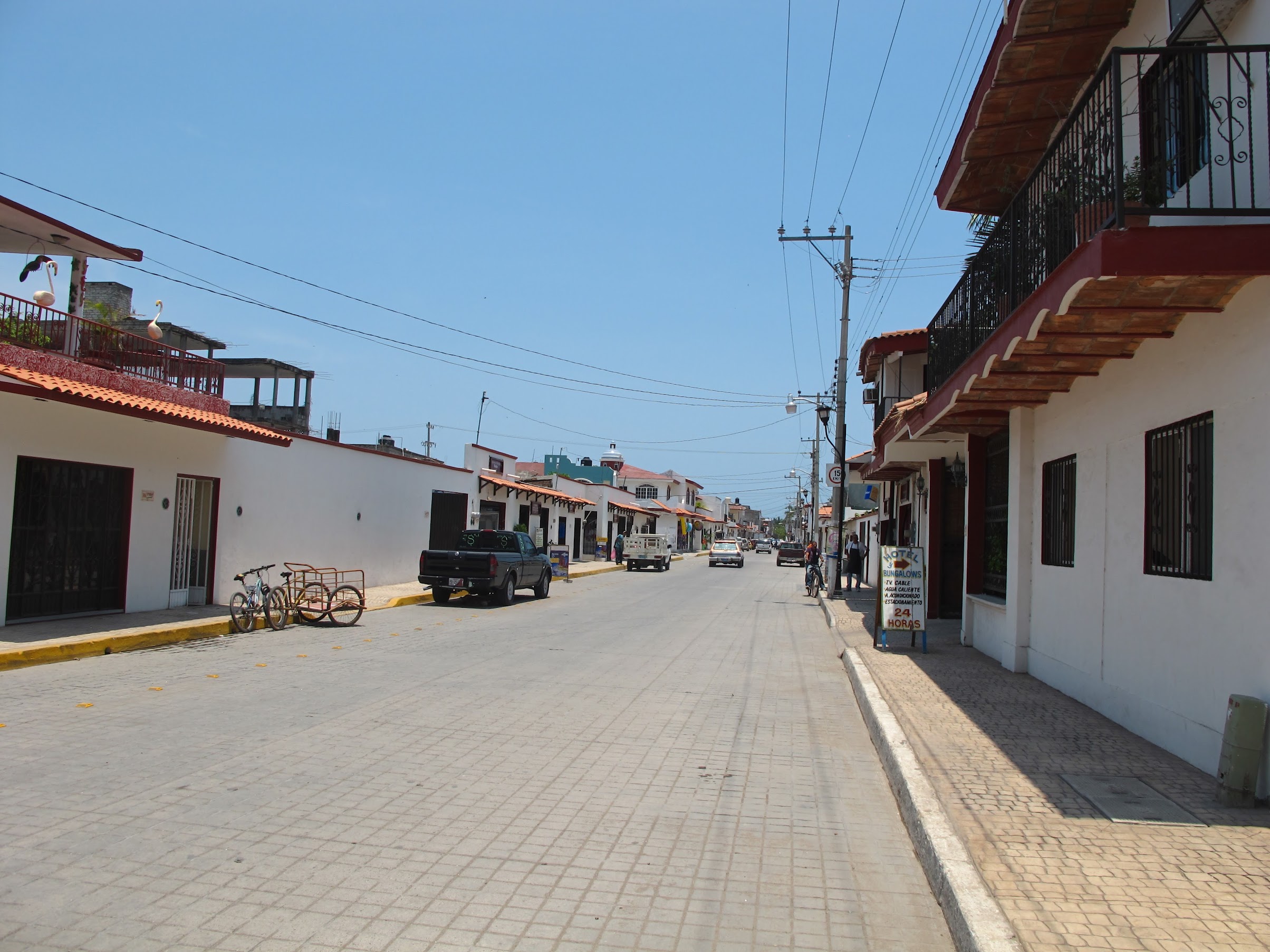 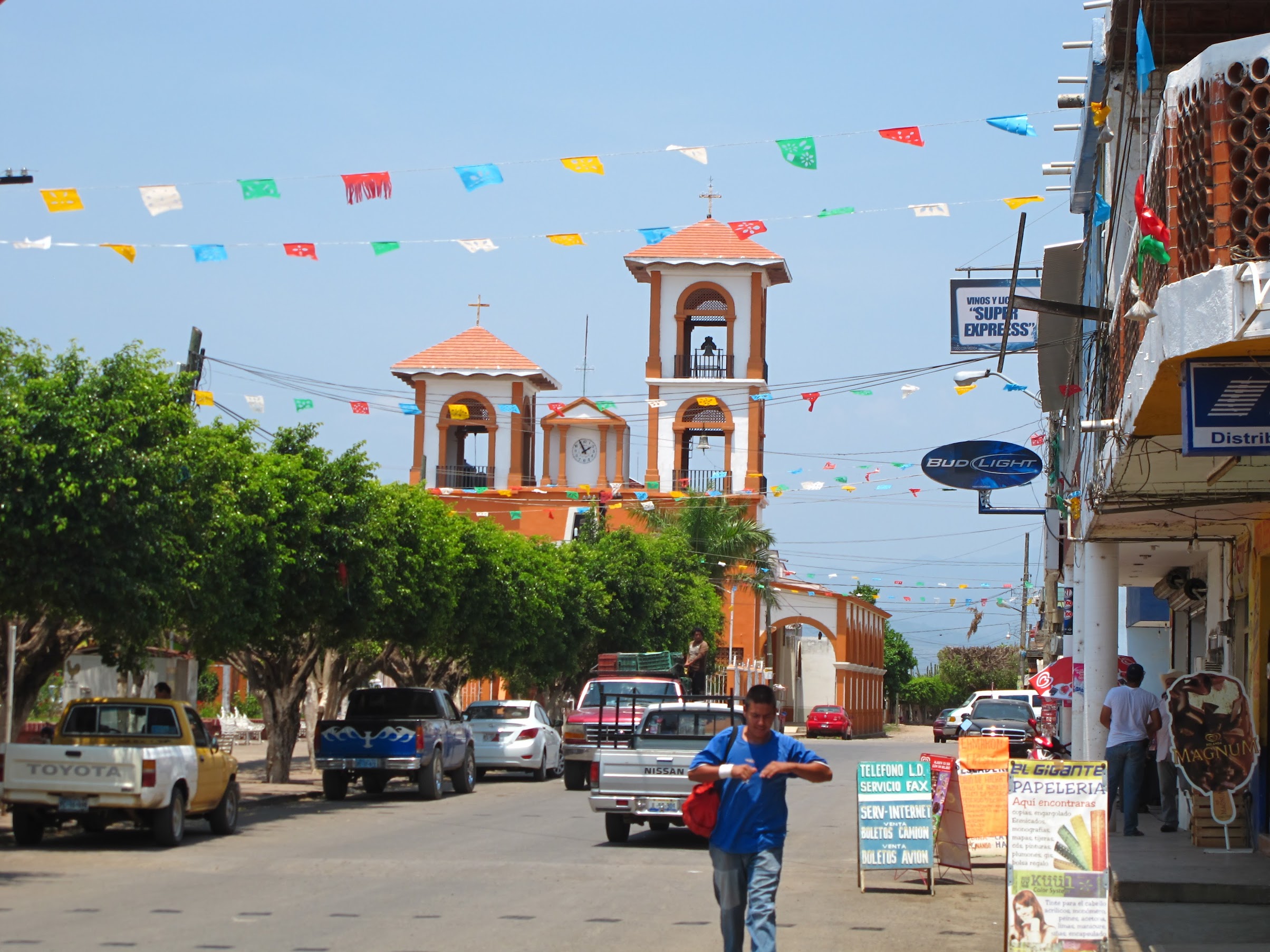 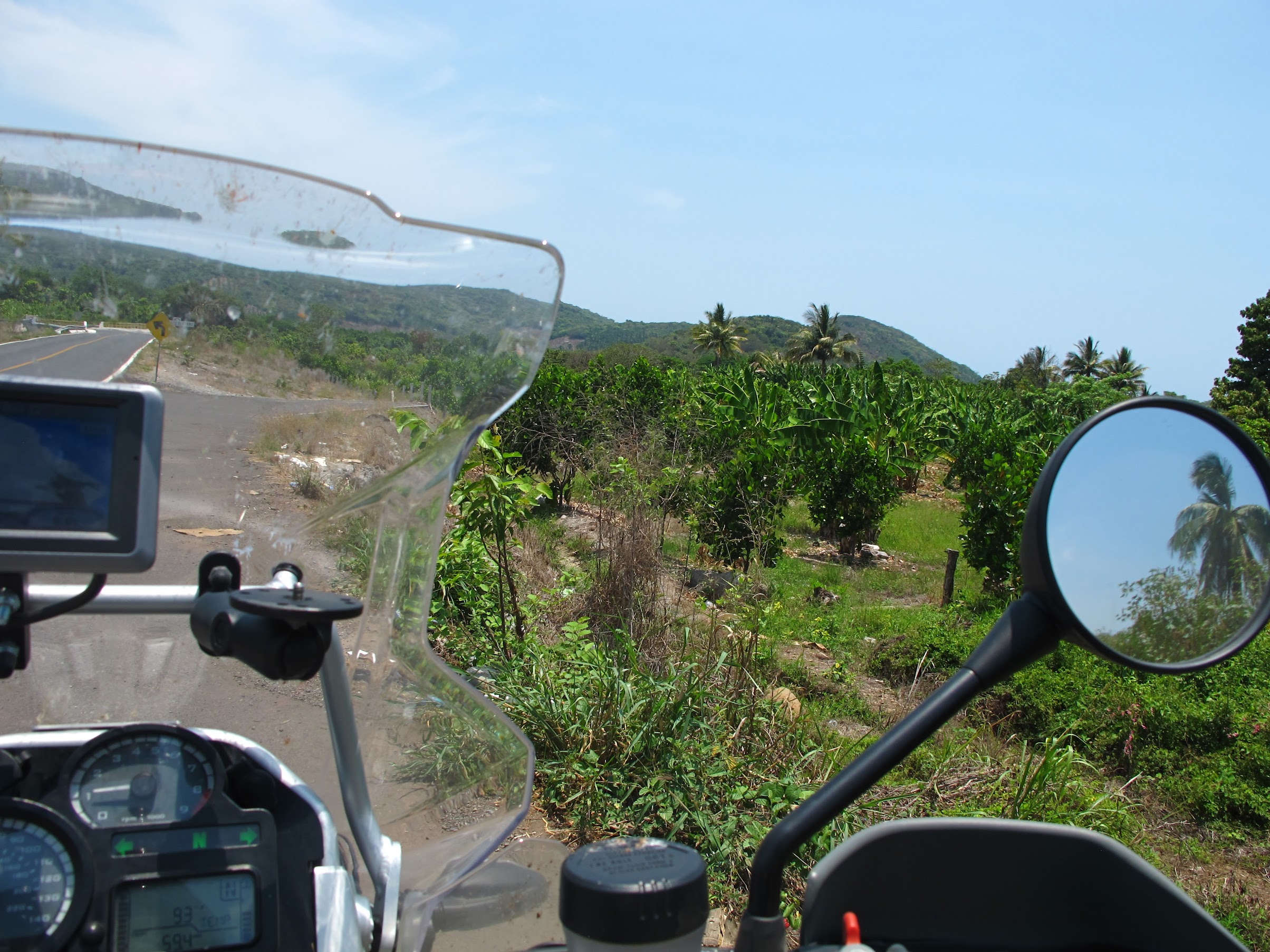 And apparently, I could have hopped the little-known SF-PV wormhole to get here!: 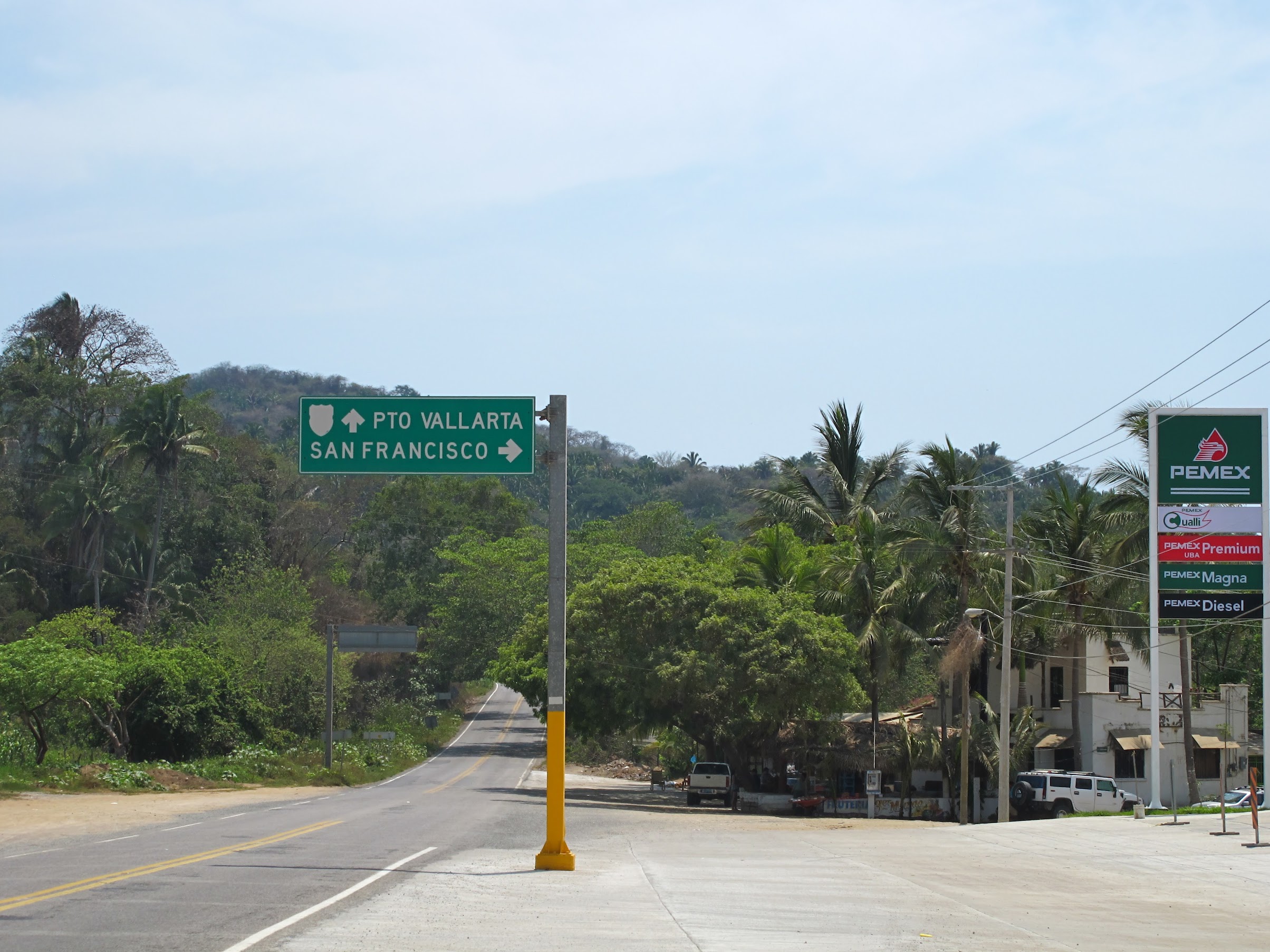 I don’t really have many pictures from PV – a few cell phone pics that are fun, but this is already really long.

Tomorrow: into the highlands and away from this heat!